Science   10 Jul 2018  Kepler Telescope almost out of fuel, goes in to hibernation
Science

Kepler Telescope almost out of fuel, goes in to hibernation

Kepler will remain asleep before scientists switch it on for one last time to point it towards the Earth for sending data. 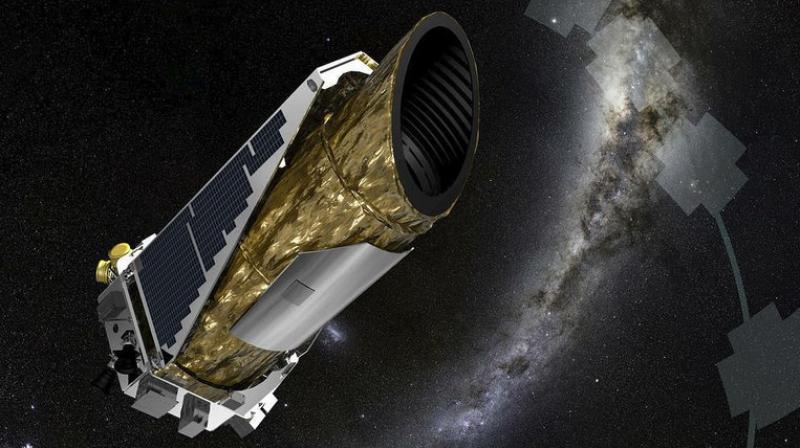 Kepler has been searching for planets outside our solar system for nearly a decade. (Photo: NASA)

NASA’s Kepler Space Telescope is almost out of fuel and has been forced to take a nap.

Flight controllers placed the planet-hunting spacecraft into hibernation last week to save energy. It will remain asleep until early August when controllers attempt to send down the data collected before observations were interrupted.

Kepler has been searching for planets outside our solar system for nearly a decade. Considered the pioneer of planet hunting, it’s discovered nearly 3,000 confirmed worlds and as many potential candidates.

Launched in 2009, Kepler has endured mechanical failures and other mishaps. But there’s no getting around an empty fuel tank. The fuel is needed for pointing the telescope.

Kepler’s antenna must be pointed toward Earth to get the most recent observations back. For now, that’s the team’s highest priority.