For civilisations in outer space 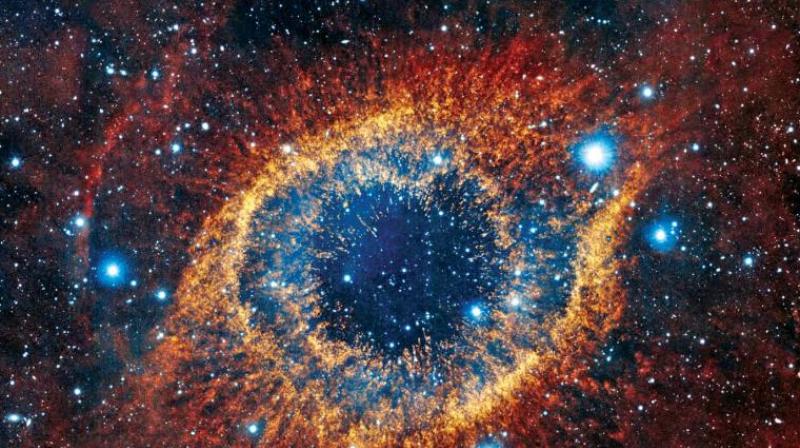 The NASA Space Settlement Contest is an annual design competition for 6-12th grade students, sponsored by the NASA Ames Research Center and the NSS (National Space Society). This contest is open to students aged between 11 and 18 from anywhere in the world. The students of Sri Chaitanya Techno School have been participating in the contest for over five years now and some students have also visited NASA to learn more about the scientists’ work there. This year the students’ design for human habitat’s living in outer space is being well received by many space science experts and they are expected to win the award.

The physics teacher of the Pallavaram (in Chennai) branch of the school talks more about the project saying, “It is about space colonies. The competition encourages students to learn more about the advancements in space science and is divided into three categories — space colonies, space portal and asteroid mining. After the topic is announced, kids form groups and start designing the soft copies of their settlement. They are guided by teachers, space science experts who mentor regularly and provide orientation talks.”

Srihari, one of the student leaders of his group talks about their design ‘Jagananokka’. It is fascinating to learn about his intense knowledge in space science at a very young age. “The design we have made can take up to 20,000 people to space. In our settlement, people can live permanently. There are features like total security — to control possible epidemics, Bio mechanic air filter — to stop any virus from affecting the humans, checking at the docking port for humans (or aliens) entering from other planets or other space settlements and much more!”

Adding that Jagananokka will be located at the far end of Mars, Srihari also gives the reason for the same. “It needs to be near the asteroid belt and near the sun for human survival. There is also a translucent shield in our design to receive the Vitamin D3 required.” The colony will be rotating to produce enough gravity as well. Made of metals like sodium, lead and titanium, the colony designed will be transported part by part and assembled later on in space.

Another group which is working on a different model is led by Komal, a ninth grader. “Our colony is for residential tourists,” she begins. Adding, “In our colony, agriculture is possible too. With the use of sunlight, the rocks can be powdered into soil or hydroponics which aid in plant growth without soil and with the mining of the asteroids we can get water to grow crops. The settlement itself can hold up to 30,000 people and it will be situated near Mars too —because it has been proven that human life can exist there. Use of technology in education will be of primary importance as students will work on making the ‘living in space’ better with time. The colony will also support the life of most animals (regular and almost extinct). We need them for our regular food cycle as well!”

Their designs have been submitted and they are awaiting the results of the competition and for a chance to visit NASA to broaden their knowledge and increase their chance at a scientist life.