Science   11 Nov 2017  Can you stand on liquid mercury? Watch a scientist try
Science

Can you stand on liquid mercury? Watch a scientist try

A YouTube science host pours 640 pounds of liquid mercury into a tub and tries to stand on it. The results are fascinating. 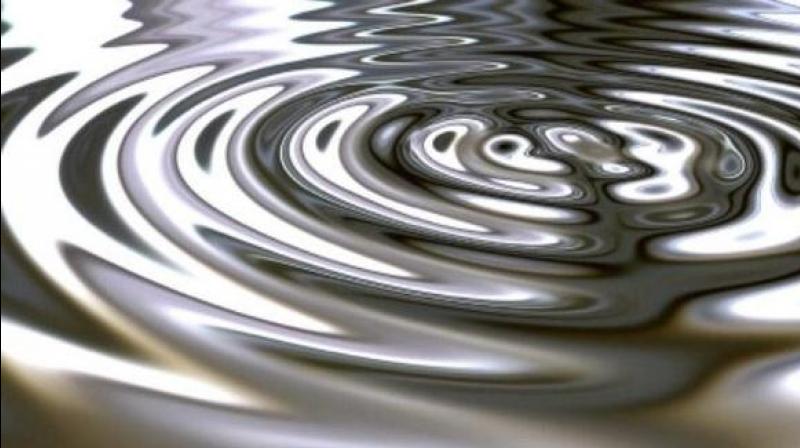 According to the University of Illinois at Urbana-Champaign, liquid mercury has a density 13.6 times that of water. Is that enough to hold up Cody's body weight? - Photo: Pixabay

Liquid mercury also known as’ Quicksilver” is a mesmerizing substance. It looks pretty, in its shiny, fast-moving liquid form, but it’s also potentially poisonous to humans. However, Cody Don Reeder (known as just "Cody" to fans of his YouTube science videos) had a compelling question: "Can I stand on liquid mercury?" So, naturally, he answered it with an experiment posted on his Cody's Lab channel.

Cody wanted to keep the heavy mercury completely corralled, so he placed a reinforced plastic-lined box inside an industrial-strength plastic tub. He filled the box with 640 pounds (290 kilograms) of liquid mercury.

Cody lightly tested the surface with a barefoot but then put on boots to protect an open wound. Balance turned out to be one of the biggest challenges as Cody ended up floating above the bottom of the container. Is that the same as standing on mercury? Not quite, but Cody speculates it may be possible to stand on it if you had a wider stance and a lot of practice.

Cody, a geology student, has a thing for mercury. We caught up with him in late 2016 when he tried to flush mercury down a toilet. That was another can't-look-away experiment that used a mere 240 pounds (109 kilograms) of mercury. This latest test really amps up the amount.

Cody says he may try this experiment again with more mercury and a larger container. Until then, we know you can at least float on mercury.

with inputs from CNET