The mission will contribute to volcanic ash monitoring for aviation safety and for services that warn of high levels of UV radiation. 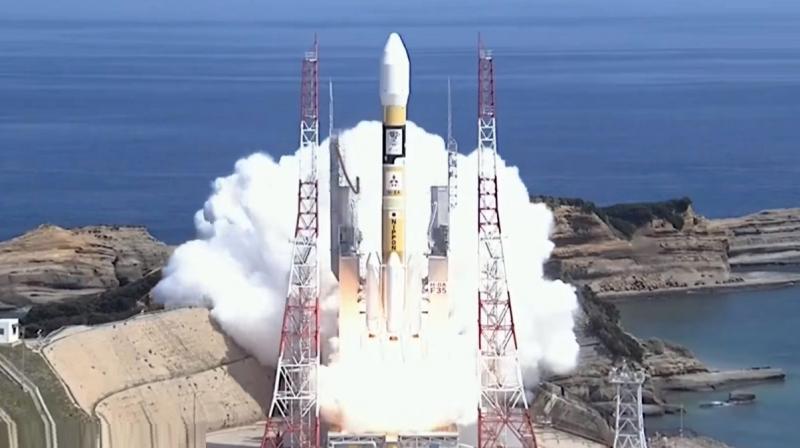 The European Space Agency’s Sentinel-5P satellite was launched by a Rokot missile in northwestern Russia.

Russia successfully launched a satellite into orbit Friday that will monitor Europe’s atmosphere, helping to study air pollution. The European Space Agency’s Sentinel-5P satellite was launched by a Rokot missile from the Plesetsk launch pad in northwestern Russia. The satellite will map the atmosphere every day.

After separating from the upper stage booster, the satellite deployed its solar panels and began communications with Earth, the ESA said. The first signal was received 93 minutes after launch as the satellite passed over the Kiruna station in Sweden. Controllers at ESA’s operations centre in Darmstadt, Germany, then established command and control links allowing them to monitor the satellite’s condition.

“The Sentinel-5P satellite is now safely in orbit so it is up to our mission control teams to steer this mission into its operational life and maintain it for the next seven years or more,” ESA Director General Jan Woerner said in a statement. The mission will contribute to volcanic ash monitoring for aviation safety and for services that warn of high levels of UV radiation causing skin damage. The measurements also will help understand processes in the atmosphere related to the climate and to the formation of holes in the ozone layer.

It’s the sixth satellite in the ESA’s Copernicus program. Other Earth-observing Sentinel satellites launched earlier provide radar and optical imagery of the Earth, and monitor the condition of the world’s oceans and ice sheets. “Having Sentinel-5P in orbit will give us daily and global views at our atmosphere with a precision we never had before,” ESA quoted Josef Aschbacher, the head of its earth observation programs, as saying. Philippe Gaudy, who oversees the Sentinel project for the European Space Agency, said data collected by Sentinel 5P would help scientists to better monitor air pollution, such as for nitrogen oxide emitted by cars.

A recent report estimated that more than 4,00,000 people die prematurely in Europe alone because of air pollution. Orbital observation can be used to compare reported air pollution by governments with actual data, to see whether countries are living up to their commitments under international treaties, Gaudy said. The data from Sentinel-5P will be made available for free to anyone who wants it, he added. It will take engineers several months to calibrate and validate the measurements, meaning data will start to become available in the first half of next year.