The new high-definition video cameras are designed to help to visit commercial spaceships dock there in the coming years. 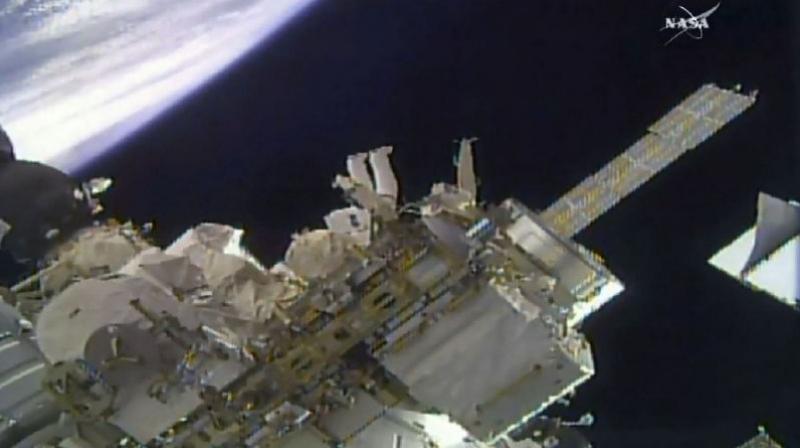 The new cameras are located near an international docking adapter on the station's Harmony module.

Two US spacewalkers on June 14 outfitted the International Space Station with a pair of new high-definition video cameras designed to help to visit commercial spaceships dock there in the coming years.

The work is part of an ongoing upgrade to the $100 billion orbiting outposts, adapting it for the arrival of a new fleet of US vehicles built by private aerospace industries that will ferry astronauts back and forth.

Boeing and SpaceX are completing the final touches on their respective crew capsules, and are expected to begin regularly transporting astronauts to the ISS in 2019. The first test flights could happen later this year.

The new cameras are located near an international docking adapter on the station's Harmony module.

"The two astronauts installed new high-definition cameras that will provide enhanced views during the final phase of approach and docking of the SpaceX Crew Dragon and Boeing Starliner commercial crew spacecraft that will soon begin launching from American soil," NASA said in a statement.

Astronauts have not launched from the United States since 2011 when the 30-year US space shuttle program came to an end.

In its absence, the world's astronauts have paid Russia upwards of $70 million per seat for a ride to the ISS aboard the Soyuz spaceships. During the six-hour, 49-minute outing, veteran NASA astronaut Drew Feustel rose to third place on the all-time cumulative spacewalking list.