Astronaut Anne McClain, along with a Russian cosmonaut and a Canadian astronaut, will man the December 3 mission. 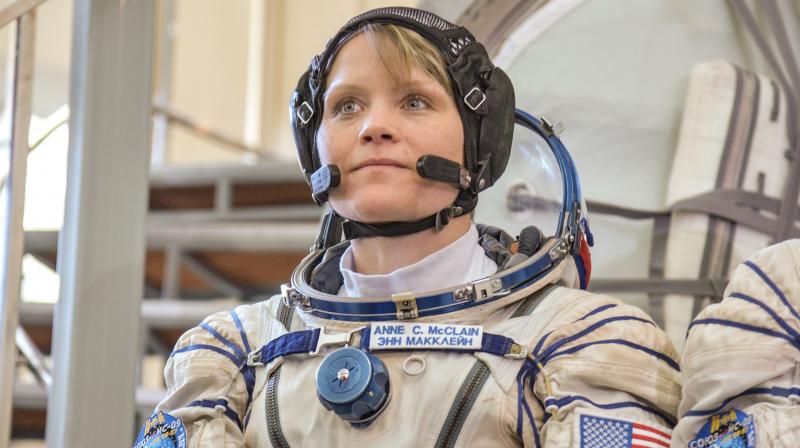 The National Aeronautics and Space Administration has relied on Russian rockets to ferry astronauts to the space station. (Photo: NASA)

The American astronaut who will hitch the first ride on a Russian rocket since last month’s aborted launch and dramatic emergency landing are confident that her scheduled trip in December on a rocket that she calls a “workhorse” will go smoothly.

Astronaut Anne McClain, along with a Russian cosmonaut and a Canadian astronaut, will man the Dec. 3 mission. It will be the Russian-made Soyuz-FG’s first crewed flight since Oct. 11, when US astronaut Nick Hague and a Russian cosmonaut landed unharmed on the Kazakh desert steppe after the rocket bound for the International Space Station failed in mid-air two minutes after liftoff.

The National Aeronautics and Space Administration has relied on Russian rockets to ferry astronauts to the space station since the United States retired its Space Shuttle program in 2011, though the agency has announced plans for test flights carrying two astronauts on commercial rockets made by Boeing and SpaceX next April.

“I do see the incident that happened on Oct. 11 with our launch abort not as a failure but as a success,” McClain told Reuters in a telephone interview from Russia. “It actually bolsters my confidence in the rocket and in the processes that we have.

“We’re confident in the vehicle and getting back to it,” McClain said of the Soyuz rocket, which she called “the workhorse of the space program.”

After lifting off from Kazakhstan’s Soviet-era cosmodrome of Baikonur last month, a damaged sensor caused one of the rocket’s three booster stages to separate improperly, falling inward on the rocket and jolting it off its ascent two miles above the ground, Russian investigators announced earlier this month.

Video from inside the capsule showed the two men being shaken around at the moment the failure occurred, their arms and legs flailing. Russian cosmonaut Alexei Ovchinin can be heard saying, “That was a quick flight.”

The accident was the first serious launch problem experienced by a crewed Soyuz space mission since 1983 when a crew narrowly escaped before a launchpad explosion.

In August, a hole appeared in a Soyuz capsule docked to the ISS that caused a brief loss of air pressure and had to be patched. Dmitry Rogozin, head of the Russian space agency Roscosmos, has said that it could have been made deliberately by someone during manufacturing or while the craft was in space.

McClain and two other crewmates will launch from the same launch pad in Baikonur, joining the space station’s current three-person crew.