Mission Control warned the spacewalkers to be careful of possible leaks of the toxic ammonia coolant. 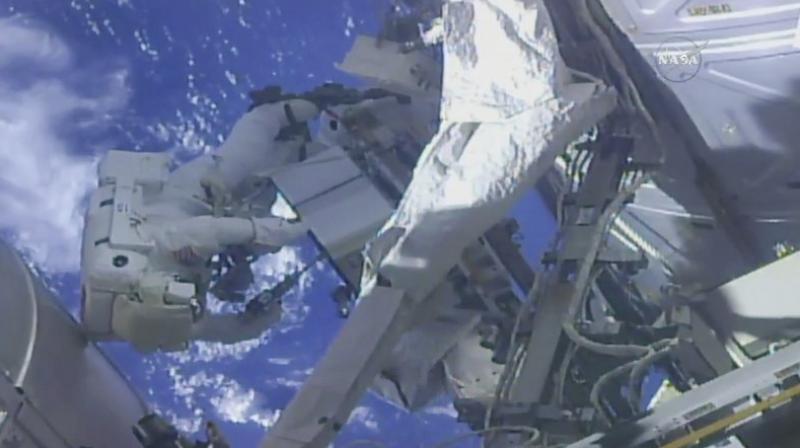 In this frame from NASA TV, NASA astronaut Ricky Arnold, left, and NASA astronaut Drew Feustel work on shuffling around a couple of space station pumps at the International Space Station on Wednesday, May 16, 2018. (NASA TV via AP)

Mission Control warned the spacewalkers to be careful of possible leaks of the toxic ammonia coolant. Meanwhile, the station’s six-man crew is expecting a delivery. Orbital ATK plans to launch a supply ship Sunday from Wallops Island, Virginia. Weather permitting, the pre-dawn flight of the Antares rocket should be visible along the East Coast from New England to South Carolina.

Feustel and Arnold went spacewalking at the end of March, shortly after arriving at the 250-mile-high lab. They have another spacewalk lined up for next month.