The mission is a successor to the original Ice, Cloud and Land Elevation Satellite that operated from 2003 to 2009. 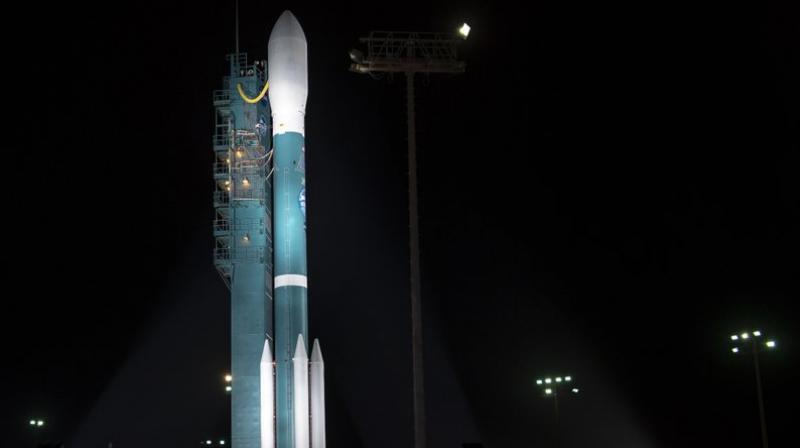 The United Launch Alliance (ULA) Delta II rocket with the NASA Ice, Cloud and land Elevation Satellite-2 (ICESat-2) onboard is seen shortly after the mobile service tower at SLC-2 was rolled back at Vandenberg Air Force Base, Calif. The ICESat-2 mission will measure the changing height of Earth’s ice. (Bill Ingalls/NASA via AP)

A NASA satellite designed to precisely measure changes in Earth’s ice sheets, glaciers, sea ice and vegetation was launched into polar orbit from California early on September 15. A Delta 2 rocket carrying ICESat-2 lifted off from Vandenberg Air Force Base at 6:02 AM and headed over the Pacific Ocean.

NASA Earth Science Division director Michael Freilich says that the mission, in particular, will advance knowledge of how the ice sheets of Greenland and Antarctica contribute to sea level rise. The melt from those ice sheets alone has raised global sea level by more than 1 millimetre (0.04 inch) a year recently, according to NASA.

The mission is a successor to the original Ice, Cloud and Land Elevation Satellite that operated from 2003 to 2009. Measurements continued since then with airborne instruments in NASA’s Operation IceBridge.

Built by Northrop Grumman, ICESat-2 carries a single instrument, a laser altimeter that measures height by determining how long it takes photons to travel from the spacecraft to Earth and back. According to NASA, it will collect more than 250 times as many measurements as the first ICESat.

The laser is designed to fire 10,000 times per second, divided into six beams of hundreds of trillions of photons. The round trip is timed to a billionth of a second.

In addition to ice, the satellite’s other measurements, such as the tops of trees, snow and river heights, may help with research into the amount of carbon stored in forests, flood and drought planning and wildfire behaviour, among other uses.

The launch was the last for a Delta 2 rocket, United Launch Alliance said. The first Delta 2 lifted off on February 14, 1989, and since then it has been the launch vehicle for Global Positioning System orbiters, Earth observing and commercial satellites, and interplanetary missions including the twin Mars rovers Spirit and Opportunity.