That potentially rules out the 3 vaccine candidates that have shown over 90% efficiency over the last week - Pfizer, Sputnik V and Moderna 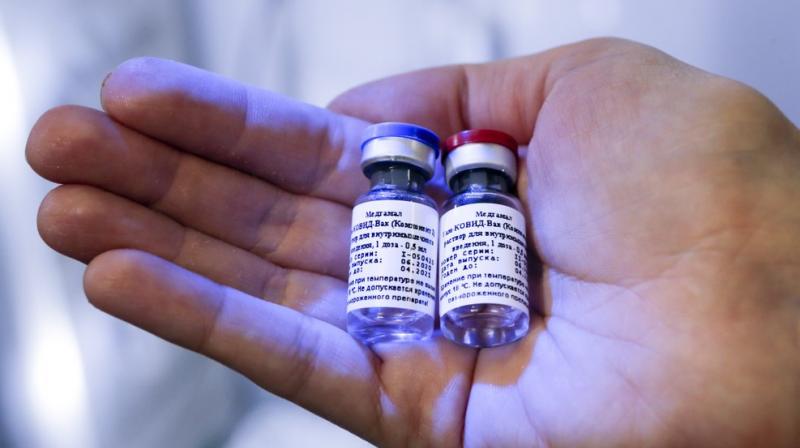 New Delhi: As the world moves into the next stage of COVID-19 management and several vaccine candidates approach end-stage trials, scientists say a critical consideration for India is storage temperature and a protein-based preventive might therefore work best for the country.

The decision on procuring the right COVID-19 vaccine depends on multiple factors, including safety, price and ease of deployment, the scientists added, pitching for a preventive like the one being developed by US firm Novavax that can be stored at higher temperatures rather than those developed from mRNA or viral vectors.

That would potentially rule out the three vaccine candidates that have shown over 90 per cent efficiency over the last few days -- Pfizer-BioNtech with 90 per cent efficacy in Phase 3 trial interim results, Sputnik V with 92 per cent and Moderna with 94.5 per cent  raising hopes across the globe that a preventive is on the horizon.

While none of them are protein-based, the one from US biotechnology company Moderna is perhaps the most suitable for Indian conditions because it doesn't need the extreme low temperatures that the others do.

Immunologist Satyajit Rath explained that the vaccine candidates by US-backed Pfizer-BioNTech and Russia's Sputnik V need much lower storage temperature conditions compared to protein-based vaccine candidates like the one developed by Novavax.

Vaccines generate immunity by mimicking a milder form of an infection and helping the immune system "remember" the pathogen. So they contain some part of an infectious agent that is capable of generating an immune response, such as the viral genetic material, its RNA or DNA, or the proteins in the virus which interact with human cells.

Some vaccines, called vectored-vaccines, use viruses compatible with the human body to deliver the DNA or RNA of the novel coronavirus inside our cells, which then instructs them to make SARS-CoV-2 proteins.

Currently in late-phase clinical development, the Novavax COVID-19 vaccine candidate, NVX-CoV2373, is a stable, prefusion protein that can be used to elicit robust neutralising antibody responses.

On the other hand, the BioNTech-Pfizer vaccine candidate is an mRNA-based design while Russia's Sputnik V is an adenovirus vector-based one. On Monday, Moderna, also an mRNA vaccine, joined the list.

Moderna said its new data showed its vaccine is stable at refrigerator temperatures for 30 days, much longer than the previous estimate of seven days, suggesting it may be better suited for Indian conditions than the Pfizer and Sputnik V candidates.

For longer-term storage, it can be kept in freezers, though it doesn't need the special facilities required for the Pfizer vaccine, the company said.

This (Moderna) vaccine can reportedly be stored in the refrigerator (unfrozen) for up to 30 days and at room temperature for up to 12 hours, said virologist Shahid Jameel.

He said temperatures in India and many other tropical regions of the world are very high during summer months and most vaccines will not survive transport and storage at these temperatures.

The Pfizer-BioNtech vaccine would be unsuitable for India due to its extreme cold storage at minus 70 degrees Celsius once thawed it is reported to be viable only up to two days in the refrigerator, Jameel, director of the Trivedi School of Biosciences at Ashoka University in Haryana, told PTI.

Rath added that the mRNA vaccine is completely impractical for India unless it can be shown that those conditions are substantially relaxable.

Also, Sputnik V typically needs low-temperature storage at minus 20 degrees Celsius, which is less impossible, but still quite hard to imagine Indian public healthcare delivery systems achieving them successfully unless it can be shown that those conditions are substantially relaxable, Rath added.

The experts concurred that from the current less-than-a-dozen frontrunners in Phase 3 trials, or the final stage, the Novavax one is the more suitable vaccine for India.

The vaccine with the best immunogenicity so far is the protein vaccine from Novavax but I don't know what timelines, price etc. are going to be, Vardarajan told PTI.

Immunogenicity is the ability of a vaccine to provoke an immune response in the body.

The decision should be taken based on multiple factors including safety, efficacy,price, and ease of deployment. But even more, I would like to see the many protein-based vaccine candidates being developed in India and outside to mature. More in the future, I would like to see the maturation of some of the nasal vaccine delivery platforms being tried, Vardarajan said.

So what would be the best for India?

Jameel said India should go with vaccines that require storage and transport in liquid form -- i.e. between 4 to 10 degrees Celsius -- and not the ones that have to be kept frozen.

Several COVID-19 vaccines under testing do not require deep freezing. Good examples are the experimental vaccines of Johnson & Johnson, AstraZeneca with the University of Oxford and Sanofi-GSK, expected to be kept and shipped in an unfrozen state, he said.

Rath said India should be proactively encouraging of all potential COVID-19 vaccine candidates being developed in the country, adding that will provide multiple options, and will allow a much better negotiating position vis-a-vis any eventual SARS-CoV-2 vaccine purchase.

Even if the storage is not factored in, Jameel argued, the Pfizer and Moderna vaccines would not be accessible to India in the near future for reasons of pre-approval purchase and cost.

USA's Operation Warp Speed has promised Pfizer USD 1.95 billion to provide 100 million doses, which means its entire stock of 50 million doses for 2020 and another 50 million, possibly for Quarter 1 of 2021, he said.

The USA has also provided USD 2.5 billion to Moderna to buy an undisclosed number of doses. Similarly, the UK, Japan and other developed economies have also pre-booked orders. Cost is the other factor with both RNA vaccines costing USD 20 to US 35 per dose, Jameel added.

Five vaccine candidates are currently undergoing clinical trials in India. These include three that are in advanced stages of trials -- the Oxford-AstraZeneca candidate for which the Pune-based Serum Institute is conducting Phase 3 clinical trials, Bharat Biotech's Covaxin which is also in Phase 3, and Russia's Sputnik V which is expected to start Phase 2/3 trials next week.

The other two candidates are Cadila's experimental vaccine that has almost completed Phase 2 and a candidate by Biological E that in Phase 1/2.