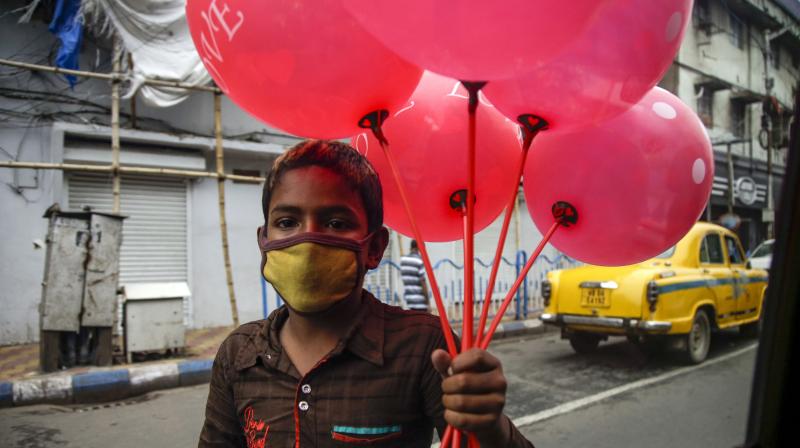 Los Angeles: More than 40 scientists have signed an open letter calling for the retraction of a study which made "extraordinary claims" that airborne transmission could be the dominant mode of spread of COVID-19.

The study, which was published last week in the journal PNAS, compared COVID-19 case counts and measures enforced in China's Wuhan city, Italy, and New York City in the US, and noted that wearing of face masks in public corresponds to the most effective means to prevent the spread of COVID-19.

In the open letter, scientists including Noah Haber from Stanford University in the US, said the PNAS study had methodological design flaws and made "easily falsifiable claims."

According to the open letter, the main conclusions of the study are based on the comparison of disease control measures, case count trends within and between Wuhan, Italy, and New York City (NYC).

However, it said the PNAS study ignored other clear differences in disease control policy between these places, including broader variation in face mask policy.

"In one critical example, the paper asserts that after April 3, the only difference in regulatory measures between NYC and the US lies in face coverings on April 17 in NYC. This is verifiably false, based on widely available sources," the open letter noted.

"It is flatly untrue that there were no other regulatory differences between NYC and the rest of the US on those dates," it said.

The open letter said the study's analysis ignored the lag between changes in disease transmission and changes in reported case counts.

It said the policy implementation dates considered in the study are extremely poor proxies for mass behaviours, including social distancing and mask use.

"Dates of policy implementation were concurrent with an enormous set of changes across society which plausibly affected reported incidence of COVID-19," the scientists noted in the open letter.

According to the scientists, case counts in the PNAS study were modelled with simple linear regressions, which they said is not consistent with infectious disease dynamics.

The scientists also reasoned that factors like demographics, public policies, and contact behaviours of people in Wuhan, Italy, and NYC were treated as equivalent, which they added was inappropriate.

"Any one of the above issues in isolation would be cause for serious concern, but in combination, they are alarming," the open letter noted.

"While masks are almost certainly an effective public health measure for preventing and slowing the spread of SARS-CoV-2, the claims presented in this study are dangerously misleading and lack any basis in evidence," the scientists said.

Due to the scale, scope, and intensity of the issues in the PNAS study, and the immediacy of the decisions being made based on its conclusions, they believe it is now impossible to correct or extend debate on the research within the academic literature.

"Accordingly, we ask that the editorial board of PNAS retract this paper immediately," they said.