Some very 'peculiar signals' have been noticed coming from a star just 11 light-years away, according to scientists in Puerto Rico. 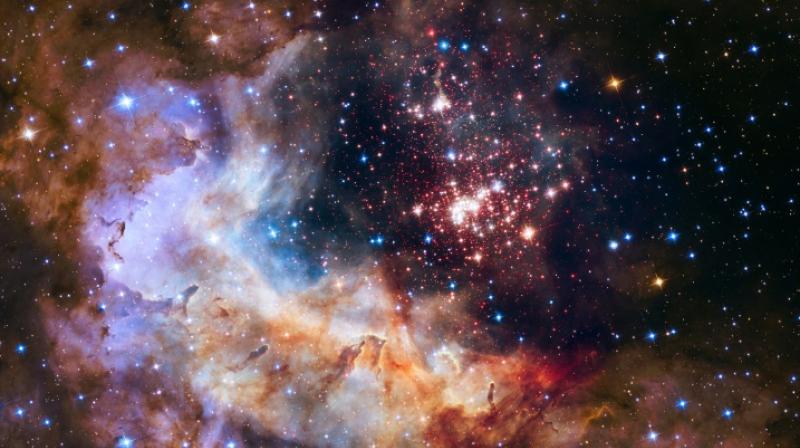 The mystery has gripped the internet as speculation mounts about the potential for a discovery of alien life on the red dwarf star known as Ross 128 -- despite the best attempts of astronomers to put such rumors to rest. (Photo: AFP)

Some very "peculiar signals" have been noticed coming from a star just 11 light-years away, scientists in Puerto Rico say.

The mystery has gripped the internet as speculation mounts about the potential for a discovery of alien life on the red dwarf star known as Ross 128 -- despite the best attempts of astronomers to put such rumors to rest.

"In case you are wondering, the recurrent aliens hypothesis is at the bottom of many other better explanations," said a blog post by Abel Mendez, director of the Planetary Habitability Laboratory at the University of Puerto Rico at Arecibo.

Something unusual first came to light in April and May, when the team was studying a series of small and relatively cool red dwarf stars, some of which are known to have planets circling them.

Ross 128 is not known to have planets, but "we realized that there were some very peculiar signals in the 10-minute dynamic spectrum that we obtained from Ross 128."

The signals were observed May 13 at 0053 GMT, and "consisted of broadband quasi-periodic non-polarized pulses with very strong dispersion-like features," he wrote.

"We believe that the signals are not local radio frequency interferences (RFI) since they are unique to Ross 128 and observations of other stars immediately before and after did not show anything similar."

There are three main possibilities to explain the bursts.

They could be emissions similar to solar flares.

They could be emissions from another object in the field of view of Ross 128.

Or they might be a burst from a high orbit satellite, Mendez wrote.

Since the signals are likely too dim to be picked up by other radio telescopes in the world, Mendez said that scientists at the Arecibo Observatory joined with astronomers from SETI (Search for ExtraTerrestrial Life) would use the Allen Telescope Array and the Green Bank Telescope to observe the star for a second time late Sunday.

The results of these observations should be posted by the end of the week, he said.

"I have a Pina Colada ready to celebrate if the signals result to be astronomical in nature," Mendez said.