They found that external electric or magnetic field modulates the structure of these peptide molecules, thereby preventing aggregation 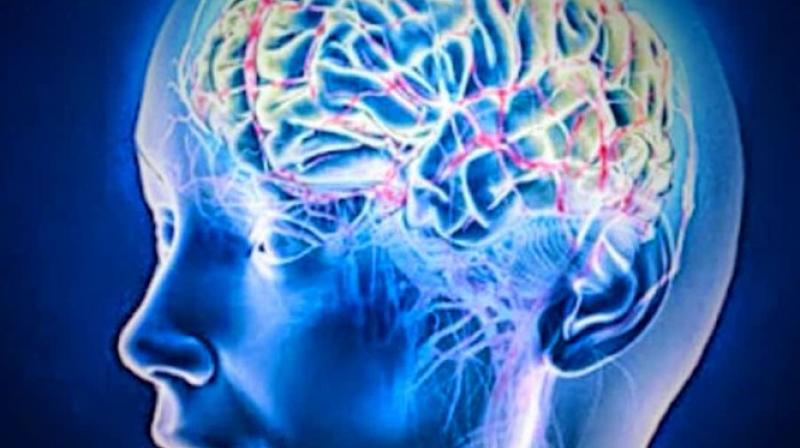 Guwahati: In what may be a major breakthrough, researchers at Indian Institute of Technology Guwahati have worked on out-of-the-box ideas that can help prevent or reduce short-term memory loss associated with Alzheimer’s disease.

Informing that a research team headed by Prof. Vibin Ramakrishnan, Department of Biosciences and Bioengineering and Prof. Harshal Nemade, Department of Electronics and Electrical Engineering, IIT Guwahati have made this breakthrough, Prof Ramakrishnan, who participates in worldwide efforts in finding cures for the disease said that approximately hundred potential drugs for treatment of Alzheimer’s disease have failed between 1998 and 2011, which reflects the gravity of the problem.

Pointing out that the studies on neurochemical principles of Alzheimer’s, explores new ways to prevent accumulation of neurotoxic molecules in the brain, that are associated with short-term memory loss due to Alzheimer’s disease, the researchers said that the IIT Guwahati team has found interesting methods such as application of low-voltage electric field, and the use of ‘trojan peptides’ to arrest aggregation of neurotoxic molecules in the brain.

The scientists are assisted by research scholars Dr Gaurav Pandey and Mr. Jahnu Saikia in their work, and the results of their studies have also been published in reputed journals such as ACS Chemical Neuroscience, RSC Advances of Royal Society of Chemistry, BBA and Neuropeptides.

It is significant that the development of a cure for Alzheimer’s disease is important especially for India, which has the third highest number of Alzheimer’s patients in the world, after China and US, with more than four million people falling prey to the memory loss associated with it.

While current treatments only alleviate some of the symptoms of the disease, there is no disruptive therapeutic approach yet that can treat the underlying causes of Alzheimer’s.

In 2019, the IIT Guwahati scientists found that application of a low-voltage, safe electrical field can reduce the formation and accumulation of toxic neurodegenerative molecules that cause short-term memory loss in Alzheimer’s disease.

They found that external electric or magnetic field modulates the structure of these peptide molecules, thereby preventing aggregation.

“Upon exposure to electric field, we could retard the degeneration of nerve cells to an extent of 17 – 35  per cent. Objectively, this would translate to about 10 years delay in the onset of the disease”, said Prof. Ramakrishnan.

The researchers have designed Trojan peptides by adopting a similar approach of ‘deceit’ to impede the aggregation of the amyloid peptide, arrest the formation of toxic fibrillar assemblies, and reduce poisoning of nerve cells that leads to memory loss, the team of researchers revealed this in a statement.

“Our research has provided a different path that may extend the onset of the Alzheimer’s disease. However, it would take testing in animal models and clinical trials before bringing in such new therapeutic approaches into human treatment” said the project coordinators here on Wednesday. (EOM)