The bones bear teeth marks on them, suggesting predators had brought back their prey to the cave. 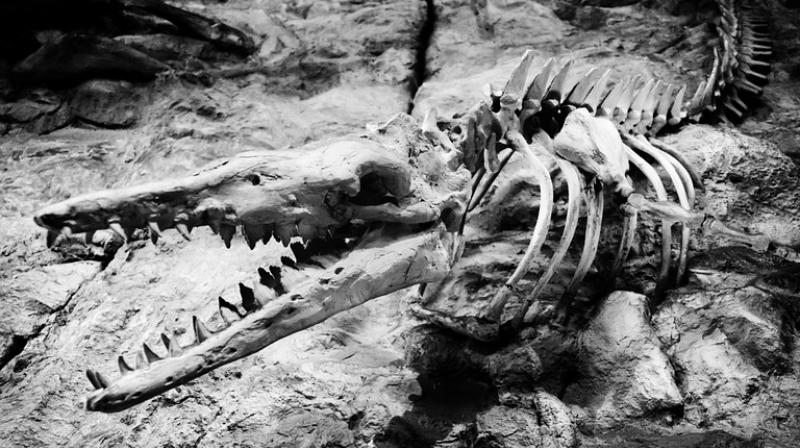 Bones dating back half a million years have been discovered in Crimea. (Representational Photo: Pixabay)

Scientists in Crimea are poring over a mass of preserved animal bones dating back half a million years after workmen discovered a sprawling underground cave during the construction of a motorway.

Work on the road has been temporarily halted while the scientists study the contents of the cave, which include the bones of rhinos, elephant-like creatures, and hyenas.

Dmitry Startsev from the Crimean State University’s Museum of Zoology called the site unique for Crimea and said it was unparalleled in Russia too.

He said the area had been inhabited at the time by a variety of animals including mastodons, an ancestor of the elephant which had a coat of shaggy hair and long curving tusks.

“If it is - as we believe - a hyenas’ lair, then it is the most well-preserved, large place of its type,” Startsev said.

The bones bear teeth marks on them, suggesting predators had brought back their prey to the cave, he added.

“We have seen an almost untouched vault where those predators once feasted. And there is also hope that we will find human traces there as well. But so far these are just assumptions,” he said.

The discovery was made about 10 km (7 miles) east of Sevastopol on a road under construction that will stretch from the west of the Black Sea peninsula to Kerch in the east, which was connected this year to Russia by a new bridge.

The peninsula of Crimea is recognized internationally as part of Ukraine, although it has been largely integrated into Russia after Moscow annexed the territory in 2014.

Gennady Samokhin, chairman of Russia’s speleologists’ union, said work on the road had been halted temporarily.

“A decision was made that until we have final findings on the scientific value, until finding out how big or small the cavities below the road are - any construction works in this area are temporarily halted,” he said.