The findings mark the first time scientists have confirmed by direct observation the presence of water on the moon’s surface. 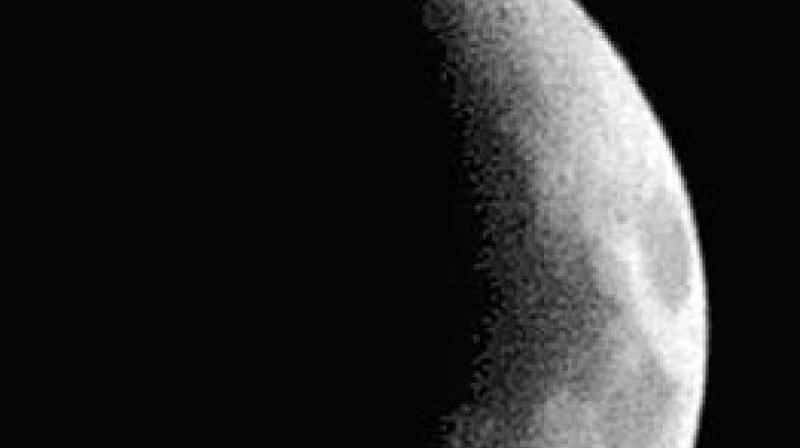 A NASA lunar scientist said that it is still unknown how much ice is actually present on the moon. (Photo: ISRO)

NASA Administrator Jim Bridenstine has a vision for renewed and “sustainable” human exploration of the moon, and he cites the existence of water on the lunar surface as a key to chances for success.

“We know that there are hundreds of billions of tons of water ice on the surface of the moon,” Bridenstine said in a Reuters TV interview in Washington on Tuesday, a day after NASA unveiled its analysis of data collected from lunar orbit by a spacecraft from India.

The findings, published on Monday, mark the first time scientists have confirmed by direct observation the presence of water on the moon’s surface - in hundreds of patches of ice deposited in the darkest and coldest reaches of its polar regions.

The discovery holds tantalizing implications for efforts to return humans to the moon for the first time in half a century. The presence of water offers a potentially valuable resource not only for drinking but for producing more rocket fuel and oxygen to breathe.

Bridenstine, a former US Navy fighter pilot and Oklahoma congressman tapped by President Donald Trump in April as NASA chief, spoke about “hundreds of billions of tons” of water ice that he said were now known to be available on the lunar surface.

But much remains to be learned.

NASA lunar scientist Sarah Noble told Reuters separately by phone that it is still unknown how much ice is actually present on the moon and how easy it would be to extract in sufficient quantities to be of practical use.

“We have lots of models that give us different answers. We can’t know how much water there is,” she said, adding that it will ultimately take surface exploration by robotic landers or rovers, in more than one place, to find out.

Most of the newly confirmed frozen water is concentrated in the shadows of craters at both poles, where the temperature never rises higher than minus-250 degrees Fahrenheit.

Although the moon was long believed to be entirely dry or nearly devoid of moisture, scientists have found increasing evidence in recent years that water exists there.

A NASA rocket sent crashing into a permanently shadowed lunar crater near the moon’s south pole in 2009 kicked up a plume of material from beneath the surface that included water.

A study published the following year in the Proceedings of the National Academy of Sciences concluded that water is likely widespread within the moon’s rocky interior, in concentrations ranging from 64 parts per billion to five parts per million.

Bridenstine spoke to Reuters about making the next generation of lunar exploration a “sustainable enterprise,” using rockets and other space vehicles that could be used again and again.

NASA’s previous program of human moon exploration ended with the Apollo 17 mission in 1972.

Trump last December announced a goal of sending American astronauts back to the moon, with the ultimate goal of establishing “a foundation for an eventual mission to Mars.”

The budget supports the development of NASA’s new Space Launch System rocket and the Orion spacecraft designed to carry a crew into space. The administration envisioned an SLS/Orion test flight around the moon without a crew in 2020, followed by a fly-around mission with a crew in 2023.

As part of the budget proposal, NASA also is planning to build the Lunar Orbital Platform-Gateway - a space station in moon orbit - in the 2020s. NASA said the power and propulsion unit, its initial component, is targeted to launch in 2022.

In May, NASA cancelled a lunar rover that was under development, a project envisioned as the first mission to conduct mining somewhere other than Earth.