115 mayors of cities with at least 75,000 residents answered the fourth annual survey named for Thomas Menino. 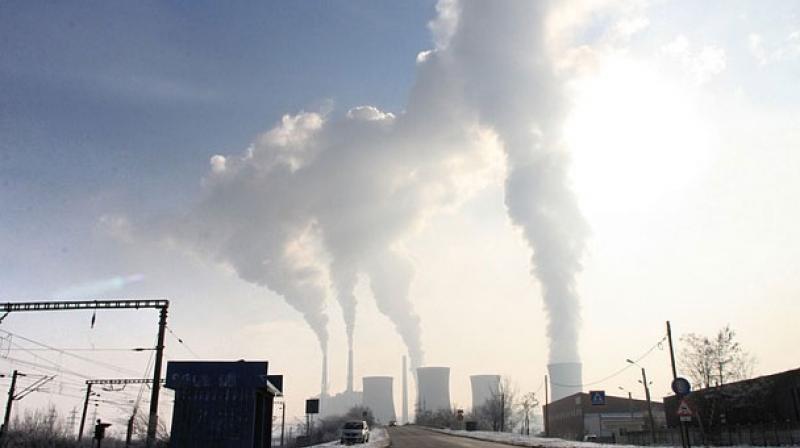 The survey cited the availability and affordability of housing as the single most pressing concern of mayors, followed closely by climate change and municipal budget pressures caused in part by federal and state cuts. (Photo: Pixabay)

US mayors increasingly view climate change as a pressing urban issue, so much so that many advocate policies that could inconvenience residents or even hurt their cities financially.

The annual survey of big-city executives, released Tuesday by the Boston University Initiative on Cities, also reflected the nation’s sharp political divide. Ninety-five percent of Democratic mayors who responded believed climate change was caused by human activities, a view shared by only half of Republican mayors.

A clear majority of mayors were prepared to confront President Donald Trump’s administration over climate change and felt their cities could be influential in counteracting the policies of the Republican president, who at times has called global warming a hoax and last year withdrew the US from the Paris climate accord.

“A striking 68 per cent of mayors agree that cities should play a strong role in reducing the effects of climate change, even if it means sacrificing revenues or increasing expenditures,” a report accompanying the survey stated.

In all, 115 mayors of cities with at least 75,000 residents answered the fourth annual survey named for Thomas Menino, a longtime Democratic mayor of Boston who founded the university program before his death in 2014. The survey was sponsored in part by The Rockefeller Foundation and Citigroup.

Organisers of the survey declined to release a list of the 115 mayors who responded, citing confidentially agreements. According to the report, nearly two-thirds of the mayors were Democrats and the cities had an average population of 233,000.

The survey cited the availability and affordability of housing as the single most pressing concern of mayors, followed closely by climate change and municipal budget pressures caused in part by federal and state cuts.

A foreword to the report, signed by Democratic Los Angeles Mayor Eric Garcetti and Betsy Price, the Republican mayor of Fort Worth, Texas, argued that cities can exert formidable influence over the US and global policies.

“At a time when the national conversation is divisive, cities offer a sense of hope and shared an identity,” the mayors said. Sixty-eight per cent of mayors said they would be willing to expend additional resources or sacrifice revenue to combat climate change.

Democrats were more than twice as likely as Republicans to promote environmental policies that might inconvenience motorists in their cities and almost three times as likely to support entering into regional climate pacts or networks. Yet only 26 per cent of Democrats and 5 per cent of Republican mayors were eager to slap any costly new regulations on the private sector.

The survey found that attitudes about climate change differed geographically as well as politically. For example, 90 per cent of all Eastern mayors and 97 per cent of the Midwest blamed human activities for climate change, compared to 70 per cent from Southern cities.