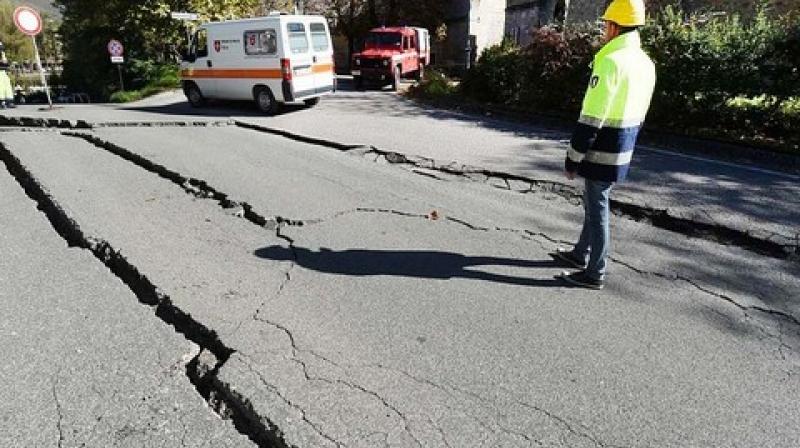 More accurate and reliable short-term forecasts are necessary so that people can be evacuated from the seismic impact zone. (Photo: ANI)

A recent discovery by researchers can help them develop short-term earthquake forecast so that people can be evacuated from the seismic impact zone quickly.

An international team of researchers, which includes physicists from HSE University and the RAS Space Research Institute (IKI), have discovered that with an impending earthquake, the parameters of internal gravity waves (IGWs) can change five days before a seismic event.

This data can help experts develop short-term earthquake forecast methods. The results of the study have been published in the journal -- Doklady Earth Sciences.

Today, scientists can predict seismic disasters ranging from tens of years to months. However, it is still impossible to determine the precise timing of the event.

More accurate and reliable short-term forecasts are necessary so that people can be evacuated from the seismic impact zone. To do this, the researchers record various anomalies and manifestations of geophysical processes in seismically active regions.

The list of precursors is constantly updated, and the more data on earthquakes, the higher a forecast's accuracy.

The authors of the study processed satellite data taken from earthquakes that occurred in several seismically active regions: in Uzbekistan on May 26, 2013; in Kyrgyzstan on January 8, 2007; and in Kazakhstan on January 28, 2013.

It turned out that, five days before the seismic disaster, in all three cases, the parameters of internal gravity waves (IGW) changed. IGW is the fluctuation of air masses, which, in contrast, to sound waves, and in addition to longitudinal, also has a transverse component.

The researchers observed how the temperature of the middle atmosphere (the layer of the Earth's atmosphere, which includes the stratosphere and mesosphere) behaves over time.

Then, the IGW wavelengths were determined. The maximum wavelengths were 14.2 km and 18.9 km, respectively. Moreover, it is known that IGWs with vertical wavelengths of more than 10 km can arise during periods of deep convective heating.

"This means that processes occur in the Earth's lithosphere, the development of which gives rise to convective instabilities in the lower atmosphere," explained Sergey Popel, Professor at the HSE Faculty of Physics and head of the IKI laboratory, one of the authors of the study.

"They are the cause of IGW in seismically active regions. Internal gravity waves, once they reach the mesosphere, can be destroyed. When this happens, the IGW energy transforms into thermal motion, which affects the temperature," added Popel.

Furthermore, the researchers determined that the wavelength begins to grow 4-5 days before the event, reaching its maximum value two days before the earthquake, and then dropping sharply the day before.