A new study explores how and why when faced with different situations four-legged animals alays choose one among several common gaits. 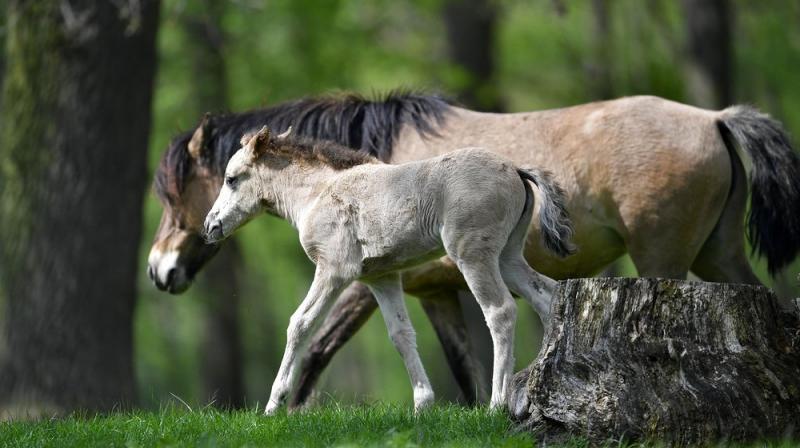 When unconstrained at a given speed, members of a quadrupedal species will generally select a common gait, which is seldom unique to that species alone. (Photo: AP)

As movement strategies are energetically optimal in most mammals they tend to walk at slow speeds and run at intermediate speed, reveals a recent study.

The study was published in -- PLOS Computational Biology -- by Delyle Polet and John Bertram of the University of Calgary in Alberta, Canada.

When unconstrained at a given speed, members of a quadrupedal species will generally select a common gait, which is seldom unique to that species alone.

With few exceptions, mammals choose a walk at slow speeds, a running trot at intermediate speeds, and a gallop at high speeds.

The consistency of gait choice is remarkable, given how many alternatives exist. In the new study, Polet and Bertram explore why quadrupedal mammals move in such consistent ways when so many options are available.

They tackled this problem by determining energetically optimal gaits using a simple computational model of a four-legged animal.

The model can use virtually any (physics-permitting) pattern of movement but selects movement strategies observed in nature as energetically optimal.

The researchers compared the simulation results to empirical data on dogs, but they anticipate the results are more broadly applicable across quadrupedal mammals.

The similarities between the computer-based predictions and natural animal movement are striking and suggest mammals utilise movement strategies that optimise energy use when they move.

"We didn't tell the computer what gait it should choose, but it found natural gaits anyway," said Polet. "It was surreal to essentially plug some physics into a computer program, press play, and see it 'decide' to walk like a dog."

In particular, the results provide evidence for the global optimality of walking at low speeds and running or trotting at intermediate speeds, at least for a dog-like morphology.

According to the authors, this strongly suggests that these gaits are globally optimal strategies at their respective speeds