Vehicle emissions and other human activities in the city release nitrogen oxides into the atmosphere. 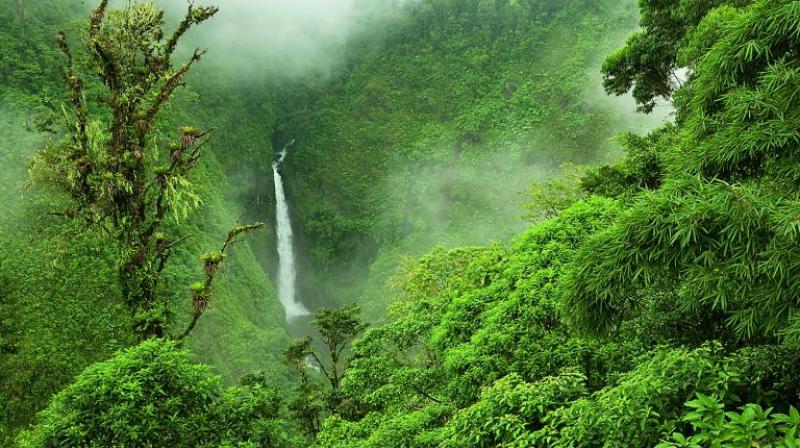 Scientists observed ozone levels 30 to 50 per cent higher than baseline conditions at a location 60 miles downwind of the city.

Rapid intrusion of humans in the Amazon rainforest is degrading air quality of the forest, claimed a study.

Urban emissions from Manaus, a city of more than two million people in Brazil, lead to elevated levels of ozone, greenhouse gas and a harmful pollutant to human health, and the formation of aerosols in the atmosphere above the rainforest, the team reported in the journal Atmospheric Environment.

"Through this study of the Amazon rainforest, we can get a better idea of how human activities are influencing the conditions in what has been considered a pristine environment," said Dandan Wei, who led the research.

Scientists observed ozone levels 30 to 50 per cent higher than baseline conditions at a location 60 miles downwind of the city. The elevated levels were not present at a site upwind.

The researchers tracked down how air-polluted plumes move from the city into the rainforest and how they mix with the plant-emitted gases in the atmosphere above the rainforest under the influence of the tropical sunlight.

Vehicle emissions and other human activities in the city release nitrogen oxides into the atmosphere. The emissions mix with volatile organic compounds (VOCs) naturally released by vegetation and, in the presence of sunlight, produce chemicals that can influence regional air quality, weather and climate.

"When you have these gases emitted by the cities in the presence of other molecules produced by the trees, you have this chemistry that is baking, cooking in the warm and moist tropical atmosphere and it's producing all sorts of chemicals," said Jose D. Fuentes, professor of atmospheric science, and Wei's advisor.

"These findings suggest that emissions from Manaus can substantially modify the natural chemistry of the atmosphere over the Amazon rainforest," Wei said.

Scientists also found as air temperature increases due to climate change, the urban emissions result in more ozone production. In the rainforest, where the air temperature is rising by nearly half a degree Fahrenheit per decade, additional greenhouse gases in the atmosphere could expedite the warming, according to the researchers.

"Ozone is an important greenhouse gas. If we are venting more of this molecule into the lower atmosphere, we are producing something that can create a positive feedback loop in the climate system. We are contributing to having a greater degree of warming in the lower atmosphere," Fuentes said.

The molecules are harmful to humans if inhaled and can cause environmental damage to the vegetation in the rainforest as well, the scientists said.