The fossil skull and rib cage were discovered this summer on Santa Rosa Island, about 50 miles northwest of Los Angeles. 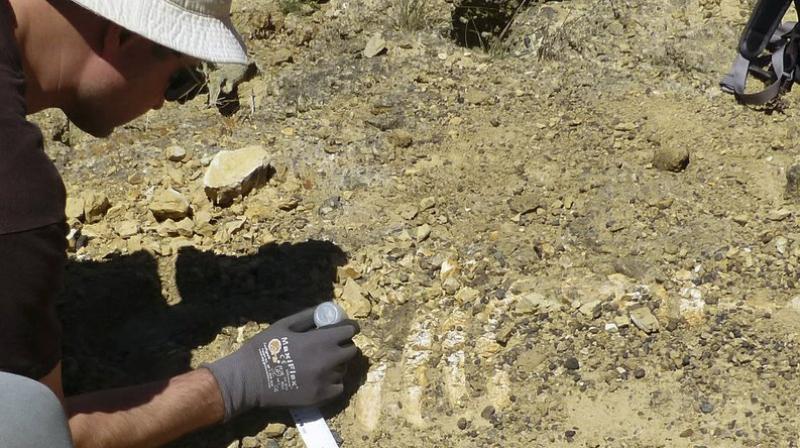 Sea cows are torpedo-shaped plant-eaters that graze in shallow waters and can grow up to 13 feet long. (Photo: AP)

Scientists say they’ve unearthed fossil remains of a sea cow that lived in the shallow waters off Southern California’s the Channel Islands some 25 million years ago. The fossil skull and rib cage were discovered this summer on Santa Rosa Island, about 50 miles northwest of Los Angeles, the National Park Service announced on November 28.

Scientists say the remains may be from a previously unknown sea cow species but they won’t know for sure until the skull is analyzed by an expert. Some fossilized remnants of at least from four other sea cows also were found nearby.

Sea cows are torpedo-shaped plant-eaters that graze in shallow waters and can grow up to 13 feet long. The only living species are the dugong and three types of the manatee. Two researchers from the US Geological Survey found the skull and rib cage in a steep ravine while mapping earthquake faults, said Yvonne Menard of the park service. Erosion may have only recently revealed them.

“This sea cow may have only been exposed the past few years after being buried for millions of years,” said Jonathan Hoffman with the Santa Barbara Museum of Natural History, which is protecting the fossils.

“They’re embedded in rock and the top surface has been exposed,” Menard said.

That surface has been covered with plaster-impregnated bandages and burlap to protect the fossils until work to excavate them can resume in late spring, Menard said. The work is slow because researchers need to formulate a plan to excavate in the wilderness area, Hoffman said.

Researchers hope to uncover the teeth of the sea cow, which could help determine the animal’s diet and its age when it died. The sea cow also travelled without ever leaving home. The shallow sea floor where it died actually was located about 150 miles south, in the area of San Diego and Baja California, Hoffman said. Over millions of years, the land moved northward with the movement of the Pacific tectonic plate and the sea floor was pushed up to nearly 1,400 feet above sea level.