Defect found on Russian rocket ahead of US OneWeb launch

The Russian Soyuz is scheduled to blast off from Guiana Space Centre carrying the first satellites into space for OneWeb. 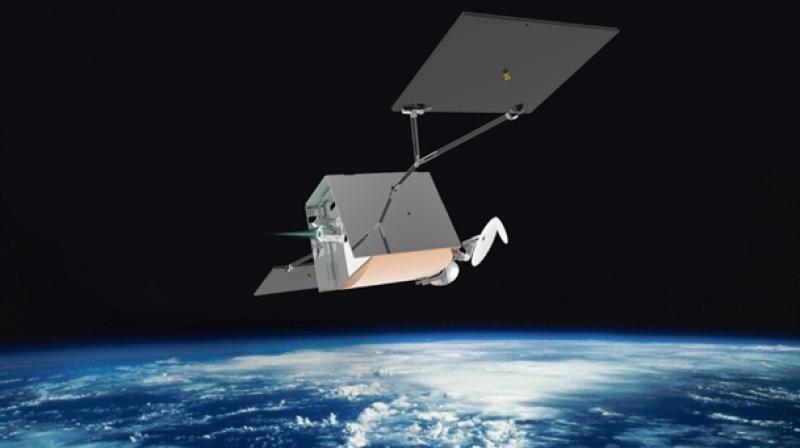 A tiny perforation had been found in one of the upper stage’s pipes and that the damage had possibly been caused during transportation. (representational Image: OneWeb)

A defect has been discovered on part of a Russian space rocket that is due to launch next month carrying satellites into orbit for US startup OneWeb, two Russian news agencies reported on Wednesday.

The Russian Soyuz is scheduled to blast off from Guiana Space Centre carrying the first satellites into space for Virginia-based startup OneWeb, which plans to create a worldwide internet service using a network of satellites.

Russia’s RIA news agency cited three sources as saying that a “breach” had been discovered in the rocket’s Fregat upper stage.

A source quoted by TASS news agency said a tiny perforation had been found in one of the upper stage’s pipes and that the damage had possibly been caused during transportation.

Both reports said the problem could mean the launch is delayed.

Asked about the reports, Russian space agency Roscosmos told Reuters preparations for the flight were continuing as planned.

“During pre-start operations, various problems can be uncovered which are resolved before a space rocket’s takeoff,” a spokesman for Roscosmos said.

OneWeb did not immediately respond to a request for comment.

The startup plans to create a network of 900 satellites, most of which it wants to send into orbit via 21 Soyuz launch vehicles.

Russia’s space programme has been beset by problems in recent years, including failed cargo delivery missions into space and the aborted launch in October of a manned Soyuz mission to the International Space Station.

Earlier this month scientists said they had discovered a defect in the engines of Russia’s new flagship heavy lift space rocket.