Paine was seen by many as a place-holder when he became Australia’s 46th test captain in 2018. 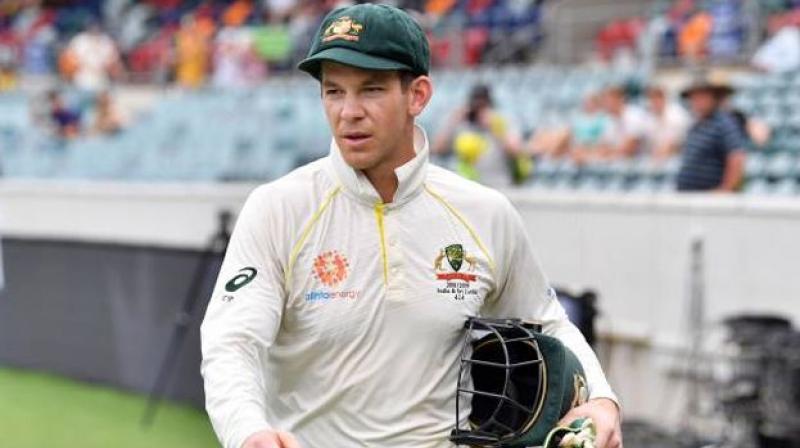 Tim Paine will be Australia’s captain for the foreseeable future and there is no reason why he would not lead the team in next year’s inaugural World Test Championship final if they qualify, coach Justin Langer said on Wednesday. (Photo:AFP)

SYDNEY: Tim Paine will be Australia’s captain for the foreseeable future and there is no reason why he would not lead the team in next year’s inaugural World Test Championship final if they qualify, coach Justin Langer said on Wednesday.

Paine was seen by many as a place-holder when he became Australia’s 46th test captain in 2018 after the 45th, Steve Smith, was banned for 12 months for his part in the Newlands ball-tampering scandal.

Selected for his demeanour as much as for his batting and wicketkeeping skills, Paine was at the helm when Australia lost a first home series to India, but has since overseen the retention of the Ashes in England and two series triumphs.

With Smith’s further one-year ban from holding a leadership position within the team expiring early in the New Year, however, some in the Australian media have questioned whether the right man was in the job.

Langer gave the idea of a leadership change short shrift ahead of the third test against New Zealand on Wednesday.

“Truth is there’s been conjecture from outside but there’s never been one millisecond of conjecture within our team,” he told reporters at the Sydney Cricket Ground.

“He’s almost our most important player because he’s a very good leader, his captaincy’s been excellent, he’s the best wicketkeeper in the world, he’s as fit as anyone in the group.

“If he believed he could bat as well as we think he can, then we’ll see results like we did in the last test match.”

Paine, 35, scored his seventh test half century in the second test against New Zealand in Melbourne, which Australia won by 247 runs to take an unassailable 2-0 lead in the series heading into Sydney.

The World Test Championship was initiated in part to remove the concept of dead rubbers from the longest form of the game and Langer said reaching the final in June 2021 was indeed a big motivation for his players.

Forty points from a victory in the third test, which starts at the SCG on Friday, would help second-placed Australia close the gap on top-ranked India in the nine-team table.

Langer said he thought there was every chance Paine would lead the team out at Lord’s in 18 months’ time should they remain in the top two and qualify for the title-decider.

“I hope he plays as long as he possibly can because his leadership’s been brilliant,” Langer added.

“In his last performance he was pushing on man of the match ... and he’s so fit ... I just literally cannot think of one reason why he wouldn’t play as long as he wants to, or needs to.”