Will 2020 be breakthrough year for India?

The sporting pitches of Australia with a higher natural bounce had proved a hurdle for too long. 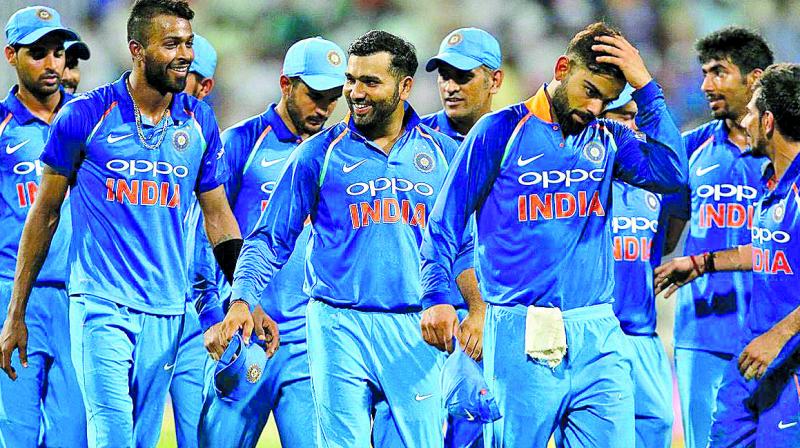 To look forward on New Year Day is best. When seen rationally, a year is only a chronological convenience even though the 365 days do record the Earth’s full revolution around the Sun. There is, however, nothing quite so well designed to stoke optimism like a New Year. Also, this one takes us into a new decade, even if some would like to argue that we have to wait another year before the Twenty20s actually begin.

And here we are in 2020 and looking forward to two big ICC events in the men’s and women’s T20 World championships, with the women to “bat’ first from February to March 8 in Australia. A decent stab at both by Indian teams would be the minimum that the fans would expect. Will the men’s team remain jinxed at major ICC events as it seemingly has over the last seven years or will 2020 be another breakthrough year like 2007?

There were many reasons to feel proud of men’s Team India in 2019. The most significant moment was when they completed their first ever victory in a Test series in Australia early in the year, a stupendous feat considering India hadn’t achieved it in 70 years since 1947-48 when India first played Australia, but ended up admiring and applauding Don Bradman’s run scoring feats.

The sporting pitches of Australia with a higher natural bounce had proved a hurdle for too long. What India needed was resilient enough batting order plus a bowling attack capable of taking 20 wickets in time to make a difference. Indian teams did not always have that combination to beat the conditions. Having a fast bowling arsenal helped in 2018-19 though it must be said the beaten home team was without two of its finest batsmen in Steve Smith and David Warner.

The away win down under helped keep Team India at the top of the Test totem pole right through the year, the domination helped along in the rest of the year by series against teams that had not the wherewithal to challenge the no. 1 combination. Here too, the efficacy of the fast bowling brigade was what proved lethal with the quicks disposing of opposition in quick time, including in the pink ball Test in which they took all 20 wickets. For perhaps the first time in Indian cricket history no tweaker was required to spin the opposition out.

Where we suffered the most disappointment in 2019 was in the white ball game, that too in a year of the quadrennial showpiece of the game, which the 50-overs World Cup undoubtedly is and is till today rated the biggest prize in the game. The traditionalists may not abandon their views on Test cricket proving the bigger test of character, technique and temperament, but they might just agree that do-or-die cricket in which there is really no draw tells more on the nerves and demands reproduction of winning cricket under pressure.

Team India has invariably suffered this inexplicable crash of nerves and failure of skills in major white ball events. It has happened in every T20 Worlds since winning the inaugural one 13 years ago. It might be worth mentioning that since the 2011 World Cup on home soil,  the only major white ball win came when Team England suffered the yips in the Champions Trophy final when it seemed to be coasting in England.

If we were to put away the disappointment of a half hour of play when the Kiwis gained an advantage from a bit of rain that had freshened up the conditions to throttle the early batting, it was a great year for Indian cricket. There were astonishing batting feats by Rohit Sharma whose purple form started in the World Cup and stretched into the Test arena, much in the manner of great strikers of the white ball like Chris Gayle and David Warner who learnt to mete out similar treatment over longer periods to the red cherry too.

We were often left gaping by the grace of Virat Kohli, the highest rungetter across three formats in 2019, and even more so by the power he could generate with his wrists as he effortlessly lofted the white ball to the onside at will. But his greatest asset may have been his extraordinary ability to eschew the lofted drives and play the ball properly “along the ground”, as old timers are wont to say. The rediscovery of Lokesh Rahul as a white ball striker may have come about thanks to the injury to Shikhar Dhawan, but he had to dig deep to find his mojo again.

The strongest impressions of the year may have been made once again by our batsmen. One must qualify acknowledging that by saying how impressive the pace bowlers were, and consistently so. Without a pace bowling attack of such quality, led by the irrepressible Jasprit Bumrah, Team India would not have been the force they were in 2019. And it was not as if the quicks were always well supported in the field. Maybe, that is a missing piece of the puzzle as to why team India haven’t won an ICC event since 2013.

Let’s not forget our spinners though. Hats off to Ravichandran Ashwin for sticking to his task and producing line and length at call despite his propensity to freely experiment with everything under the sun when it comes to revolutions on the ball. He was the leading wicket taker of the decade during which he learnt to be a force to be reckoned with even outside our friendly home environment of designer pitches. The fancy twirlers who can turn the ball both ways with a deceptive googly or wrong ’un may have been in fashion but, in the long run, there is no substitute for class.