Sports   Cricket  01 Apr 2020  Blown out of proportion: Yuvraj on storm over call for donation to Afridi's charity
Sports, Cricket

Blown out of proportion: Yuvraj on storm over call for donation to Afridi's charity 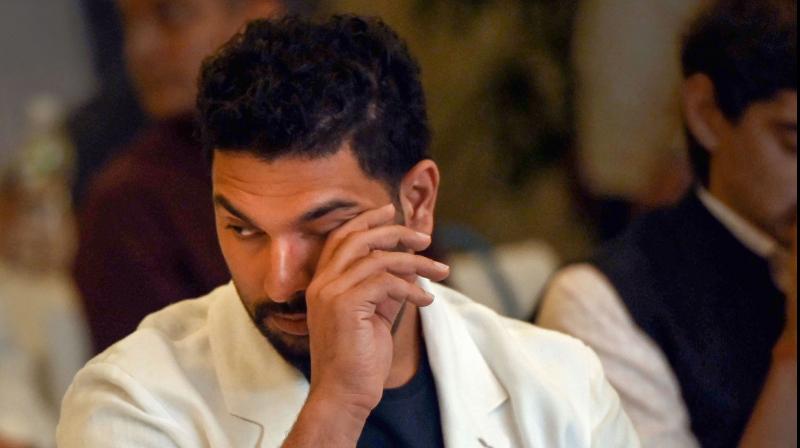 New Delhi: His social media post seeking donation for Pakistani cricketer Shahid Afridi's charity triggering a storm, former India all-rounder Yuvraj Singh on Wednesday said he never intended to hurt anyone and his call for help has been "blown out of proportion".

Yuvraj, along with former teammate Harbhajan Singh, had posted Twitter messages calling for donations to Afridi's charity foundation to combat the Covid19 pandemic.

The messages triggered an avalanche of criticism from social media users in India, given the frosty political ties between the two countries.

"I really don't understand how a message to help the most vulnerable gets blown out of proportion! All I tried to achieve via that message was that to help people in our respective countries by providing healthcare, my intention was not to hurt anyone's feelings," Yuvraj tweeted on Wednesday.

"I am an Indian and I will always bleed blue and will always stand for humanity. Jai hind," he added.

Afridi had thanked both Yuvraj and Harbhajan for supporting his charity initiative.

Hundreds of people in both India and Pakistan have been infected by the deadly coronaviurs, which has killed more than 45,000 people the world over.

In India, the death toll has risen past 40, while the number of dead has been placed at 26 in Pakistan.