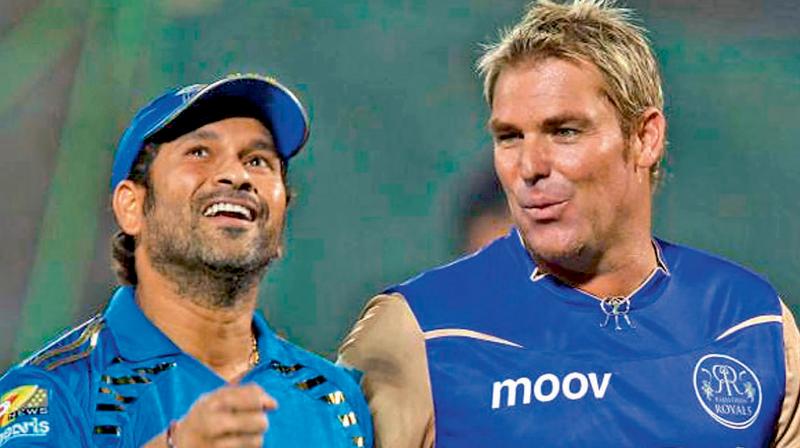 Warne said he ignored former skipper Mahendra Singh Dhoni and current captain Virat Kohli because he picked only those Indian players against whom he had played.

"I am only picking players that I played against and that's why M S Dhoni and Virat Kohli are not going to be a part of the side. While Dhoni is probably the greatest wicketkeeper-batsman to have played the game, Kohli is one of the greatest batsmen across formats," Warne said in an Instagram live post.

Warne also ignored VVS Laxman, who was once considered his nemesis. He justified his decision, stating that the stylish Hyderabadi batsman faced the axe to accommodate Ganguly.

"I went for Ganguly because I wanted him to be the captain of my side, that is why Laxman missed out," he said.

Nayan Mongia was his pick as the wicket-keeper of the team, which also includes the likes of 1983 World Cup-winning captain Kapil Dev, spin duo of Harbhajan Singh and Anil Kumble and Javagal Srinath among others.

The 50-year-old spin wizard named Virender Sehwag and Sidhu as openers in the strong batting line-up which also includes the likes of Rahul Dravid, Tendulkar and Mohammad Azharuddin.

On picking Sidhu ahead of other openers, Warne said the right-hander from Punjab was the best player of spin during his playing days.

"I had to pick Navjot Singh Sidhu because he was the best player against spin I have ever played against. All the other spinners I have played with, they have also told me that Sidhu was brilliant against them," Warne said.