Pacer Lasith Malinga’s form, who took a couple of wickets in the last game, remains key for Mumbai. 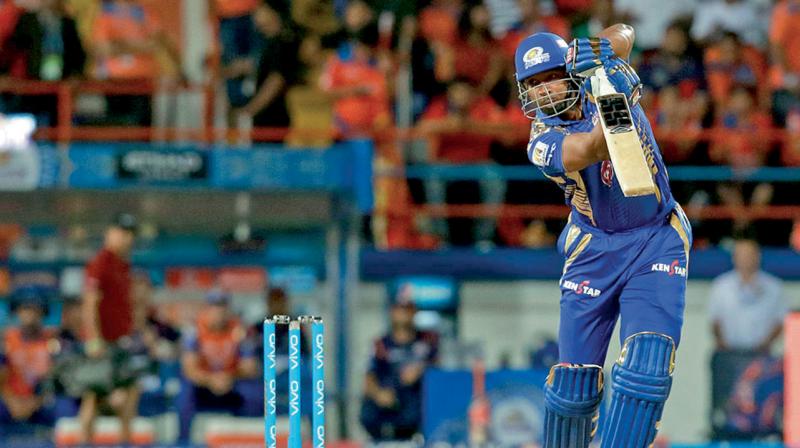 Mumbai: After a nerve-wracking Super Over win against Gujarat Lions in Rajkot on Saturday, Mumbai Indians will aim to inch closer to the play-off berth with a win over an out-of-sorts Royal Challengers Bangalore. The home side lost to Rising Pune Supergiant by three runs on Monday, which was their only defeat this season at the Wankhede.

Mumbai are placed spot in the IPL standings with 14 points (seven wins), while Bangalore are out of contention for play-offs after having just five points from their 10 games.

Every player has stood up when required which makes Mumbai Indians as strong title contenders at the moment. The Rohit Sharma-led side though have messed up a few times while chasing, especially in the last couple of games. But the good thing is that someone has stayed at the crease till the end.

The top order has done its job well providing good starts and the only time they struggled was against RCB in Bengaluru when Samuel Badree took a hat-trick before Kieron Pollard played a match winning innings on a difficult track.

Pacer Lasith Malinga’s form, who took a couple of wickets in the last game, remains key for Mumbai. The Sri Lankan, with a slingy action, will look to pose problems for the likes of Chris Gayle, Virat and AB de Villiers, just like he did to Brendon McCullum and Aaron Finch in the last game. Mitchell McGlena-ghan has been inconsistent but has picked up crucial wickets and won matches for his franchise. Jasprit Bumrah showed on Saturday how good he could be at death with his yorkers and variation. Krunal Pandya and Harbhajan Singh have controlled the run flow superbly in the middle overs.

On the other hand, RCB are on a downward spiral and batting has let them down in the last three games.

Skipper Virat Kohli’s half-century in the previous match against Pune was the only bright spot but came in a lost cause. Gayle and de Villiers have struggled but they will like the bounce here and seek inspiration from their breathtaking knocks here last year during the ICC World Twenty20 for their respective countries.