Australia will face Afghanistan for their first World Cup 2019 clash on Saturday. 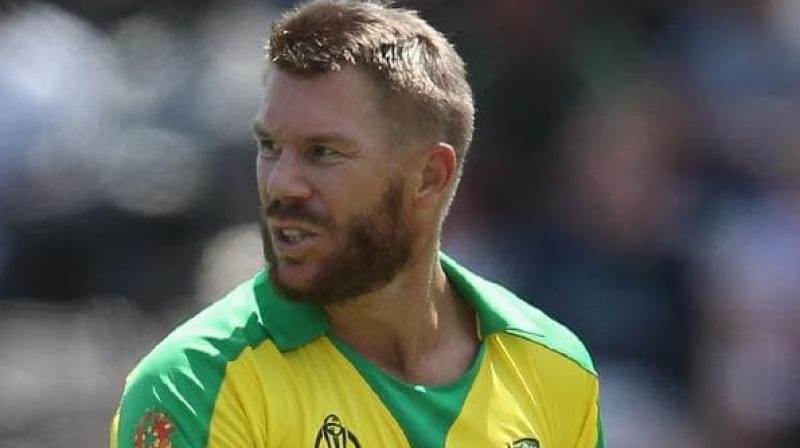 After his average performance against India, Finch played some captain knocks against Pakistan as he hammered two tons and two half-centuries in the five-match series(Photo: News.com.au/Twitter)

New Delhi: Defending champions Australia are about to start their ICC Men's Cricket World Cup campaign against Afghanistan on Saturday and as the Australian side is expected to steal the limelight of the match, Afghanistan squad also consist players who have the potential to turn things around.

Australia made a brilliant revival just on time, before the premier tournament. Australia was on a dismal run but in March this year, they started their resurgence and from there on they have been outstanding. First, they defeated India in a five-match ODI series by registering a 3-2 win and later continued their similar form against Pakistan and white-washed them in UAE.

In the warm-up matches as well Australia looked brawny as they vanquished the hosts England in their first warm-up match and then secured an easy win over Sri Lanka in their second warm-up match.

Credit for Australia's comeback must go to their skipper Aaron Finch who rallied his troops to their recent victories in the ODI format. After his average performance against India, Finch played some captain knocks against Pakistan as he hammered two tons and two half-centuries in the five-match series. Finch amassed 451 runs in five matches and guided his side throughout to white-wash Pakistan.

Steve Smith is back after serving his one-year ban because of his involvement in the ball tampering scandal. If you forgot, Smith was the one who played an unbeaten knock of 56 runs in the World Cup 2015 final to guide his side towards their fifth World Cup title. Moreover, during the first warm-up match against England, Smith smashed a century as he scored 116 runs off 102 deliveries. Although Smith is yet to serve another ban which restricts him not to lead the Australia side, Finch will get help from his experience and his form during this edition of the quadrennial tournament.

Along with Smith, it is David Warner who is making a return in the Australia team as he was banned because of his involvement in the same scandal. When Warner stepped out on the field to play in the Indian Premier League, he surpassed everyone's expectations and was the most consistent player of the league. Warner was the leading run-scorer in the league as he accumulated 692 runs in his 12 innings. Therefore, Warner is expected to invigorate Australia's top-order.

On the other hand, Afghanistan also cannot be taken lightly because last year they were the ones who overpowered West Indies in the final of World Cup qualifier. Also, the team have quite a strong bowling attack which has the capability to restrict any team to a low total. To corroborate this, Afghanistan bundled off all Pakistan batsmen on just 262 runs in their first warm-up game and secured a three-wicket victory thereafter.

Spinner Rashid Khan will lead Afghanistan's bowling attack as the 20-year old youngster is capable of delivering a stellar performance in the game. Khan took 17 wickets in the IPL 2019 and during their first warm-up game against Pakistan, he took two wickets including the wicket of Pakistan skipper Sarfaraz Ahmed. Moreover, he conceded just 27 runs in his nine overs.

Along with Khan, Mohammad Nabi will strengthen Afghanistan's bowling attack as the 34-year old will provide experience to the squad. Nabi has 118 wickets under his belt in ODI cricket in his 112 appearances in the format. During their first warm-up match, Nabi got hold of three Pakistan batsman and also gave away just 46 runs in 10 overs.

Afghanistan's destructive opening batsman Mohammad Shahzad also is a player to look out in the match. Shahzad has featured in 82 ODI matches and has gathered 2720 runs. However, the interesting thing is the strike rate on which he scores; Shahzad has a strike rate of 88.68 with an average of 34.43. In his ODI career, Shahzad has smashed six centuries and 14 half-centuries.

Australia will face Afghanistan for their first World Cup 2019 clash on Saturday.