Team selection a happy headache for Shastri and Co.

Captain Virat Kohli, perhaps the only batsman from the top order to miss out on runs, was left understandably bemused at his predicament. 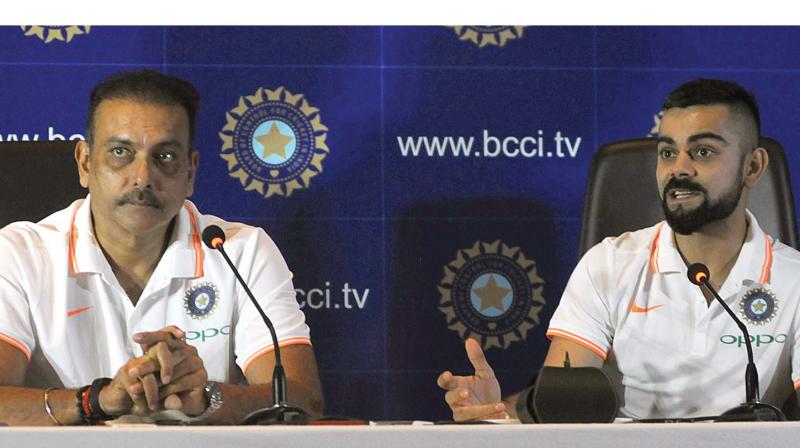 India beat Ireland hands down in the two T20 internationals. This was a fine build-up to the contests against England that start next week no doubt, but may have left Shastri, Kohli and the team management perplexed about player selection going ahead.

India’s batsmen revelled in hot conditions on flat pitches and against mediocre bowling to notch up two 200-plus totals. On the same surface, Ireland were skittled out for very little, with every Indian bowler recording success.

The difference in the T20 ranking between the teams is vast (India no. 3, Ireland no. 17), but such one-sided contests — two in a row in fact — are uncommon as the short history of this format shows.

In fact, both new entrants to Test cricket, Ireland and Afghanistan, earned this right with stellar performances in T20s and ODIs over the past few years. But obviously there is much ground to be covered still.

Ireland, after a plucky performance in the Test against Pakistan, came completely, and surprisingly, unstuck against India in the T20s. Disparity in talent apart, the lack of experience showed up cruelly, in batting and bowling.

The only counter thier batsmen seemed to have for the wrist spin of Kuldeep Yadav and Yuzvendra Chahal was to play the sweep or reverse sweep. Without any great ability to read which way the ball would turn, this led to an epidemic of errors.

The Irish bowling  — largely slow to fast medium — wasn’t threatening either. With no assistance from the weather or the pitch, they became fodder for the Indian batsmen, each of whom looked intent on making an immediate impact.

One can’t be overly critical of teams with such shallow experience. Obviously they can only get better with exposure. I’d even say that more players from Ireland (and Afghanistan) should participate in the IPL and other leagues to help them improve faster.

Just rubbing shoulders with accomplished cricketers can provide splendid learning as India’s youngsters have shown because of the IPL. This should be facilitated by major cricket boards so that the sport benefit and doesn’t remain top heavy as it is currently.

But to come back to the challenges for India on the current tour, how can player performances against Ireland be rated to decide who makes the cut against England?

Captain Virat Kohli, perhaps the only batsman from the top order to miss out on runs, was left understandably bemused at his predicament.

After the second win, he admitted to a ‘problem of plenty’. While this is an advantage, it needs early resolution so as not to complicate matters.

Dhawan, Rohit, Kohli, Dhoni and Pandya look to be certainties. This still leaves two places to be filled in the top order for which there are four contenders —Rahul, Raina, Pandey and Karthik. Barring Pandey, who’s not had a big score in a while, the others have looked in good touch.

Similarly in the bowling, with both wrist spinners picking up wickets, there are two openings for fast bowlers. Four candidates — Bhuvaneshwar, Bumrah, Umesh Yadav and fresher Sidarth Kaul — all in good form, are vying for these places.

The best way to handle such richness in talent is to put a premium on places in the XI, make it severely competitive. Kohli rang in four changes for the second match against Ireland, and I suspect there will be further experimentation in the two T20s against England.

While T20s make for high-octane entertainment, they are still a lottery.

The more crucial will be the three ODIs that follow. England have been in terrific form in this format in recent months, and have dislodged India from the no. 1 ranking.

Regaining the top spot is the obvious target, but built into this is also finding the rhythm and momentum to win the five-Test series that follows, undoubtedly the most coveted prize of this tour.

That’s the onus, individually and collectively, on Kohli & Co.