Umesh Yadav and Bhuvaneshwar Kumar are seasoned campaigners who can step in easily if the top trio is unwell, injured or out of form. 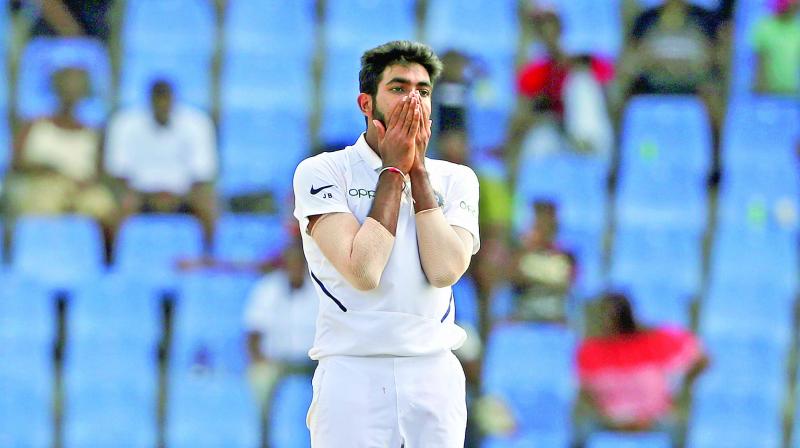 Jasprit Bumrah’s fiery spell in the second innings of the first Test highlighted not just his brilliance, but is also metaphor of the dramatic transformation that Indian cricket has undergone this millennium.

Bumrah’s was not the only stand out performance. In the first innings, Ishant Sharma picked up five wickets bowling with sustained hostility, and Mohammed Shami was splendid in support with two wickets in either innings.

Such instance of these bowlers combing to bring success is not isolated. In the past 18-20 months, they have consistently taken all over the cricket world, gradually changing the profile of Indian attack.

India’s bowling now essentially relies on pace — not spin — to win matches. Such has been the influence of these three over this period that India has been able to retain its no.1 Test ranking for almost two years, and has been 1 or 2 in ODIs in this period.

In fact, had Bumrah, Ishant, Shami got adequate support from batsmen in South Africa and England in 2018 — and here I am restricting myself to the five-day format  — India’s lead in the rankings would have been far greater.

Significantly, India’s bench strength is formidable too. Umesh Yadav and Bhuvaneshwar Kumar are seasoned campaigners who can step in easily if the top trio is unwell, injured or out of form.

Then there are upcoming youngsters like Navdeep Saini, Mohamed Siraj and Khaleel Ahmed — to name just three — striving for a regular place. What’s truly exciting is that pace bowlers today are coming from all over India and are not happy being medium pacers: they all want to bowl fast.

India’s pace bowlers hardly ever made such an impact collectively earlier. Till the turn of the century, spin bowling was the country’s stock-in-trade, as it were and featured extensively in any discussion on Indian cricket.

Indeed, there was a lingering lament about the paucity of fast bowlers that ran through for several decades till Kapil Dev arrived and carved out his magnifcent career over 15 years, finishing with a world record haul of 434 wickets.

The lament was not unjustified. In many matches fast bowlers were included for the sake of decorum. There have been instances when Gavaskar, Pataudi, and Budhi Kunderan too have opened the bowling for India, albeit for a couple of over before spinners were introduced!

It is difficult for a team to win consistently — particularly overseas — with such handicap and this showed up in India’s performances. But things started changing by the turn of the last century, and there is now a proliferation of quality fast bowlers.

What’s brought about this change?

Several factors have been at play. The desire in players to excel in all conditions was a big trigger. This found resonance in the administration’s response in the policy of improving pitches.

Dead as dodo tracks were relaid to give fast bowlers chance to make a mark. For all his other sins of omission and commission, N Srinivasan deserves credit for implementing this when he was president.

The IPL has been perhaps the biggest factor in making fast bowling ‘sexy’ in India. Firstly, the League created more opportunities for livelihood. Since all 8 franchises needed 6-8 pacers in the squad, there was a demand that had to be met.

This stoked the ambition of youngsters all over country. Better coaching, training, and advice on nutrition allied with sports medicine/psychology helped a great deal, but there was also ‘demonstration effect’ at play.

Being part of the IPL exposed India’s fast bowlers, especially youngsters, to skilled overseas bowlers, leading to meaningful and swift transfer of expertise. Think of how much Bumrah has benefited from playing along with Malinga for Mumbai Indians.

Lastly, but perhaps most significantly, because there are so many Indian fast bowlers, there is intense competition among them to impress selectors, team management to get a place in the national team.

All these have helped raise the level of performance of Indian fast bowlers manifold, and is finding splendid expression at the highest level.