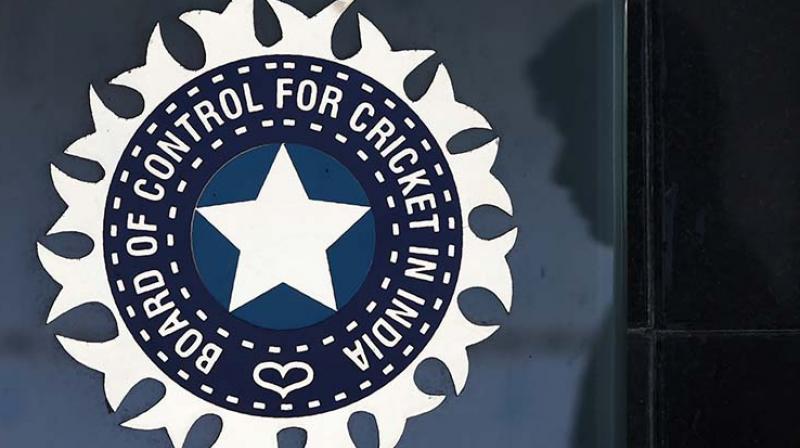 Board of Control for Cricket in India's (BCCI) 88th Annual General Meeting (AGM) is currently underway in Mumbai and all the designated officials have arrived to talk about 'proposed amendments' in the board's constitution. (photo: AFP)

Mumbai: Board of Control for Cricket in India's (BCCI) 88th Annual General Meeting (AGM) is currently underway in Mumbai and all the designated officials have arrived to talk about 'proposed amendments' in the board's constitution.

The relaxation in the 'cooling-off period' for the president and secretary and other office bearers is expected to be a top agenda item in the meeting.

If the amendment comes into effect, BCCI president Sourav Ganguly will be able to hold the reins of the board for two consecutive terms.

According to the present constitution, Ganguly is required to go for a three-year cooling-off period in July-August next year, as he was the Cricket Association of Bengal's (CAB) office-bearer for almost five years.

According to the BCCI constitution, rules and regulations can be amended by a 3/4th majority of the members present at the AGM. But for the amendments to come into effect, the Supreme Court's approval is also required.

The existing BCCI constitution says that the office bearer has to go for a three-year cooling-off period if he has held any post for two consecutive terms of three years each either in-state association or in the BCCI (or a combination of both).

The BCCI has also sought an amendment to the disqualification clause as well. This relates to how a person would be treated if he/she has indulged in a criminal offence.

As per the current amendment, no person can hold office if he has been charged by a court of law. But the amendment says the restriction should only be imposed if the person has been given jail time for three years or more.

Tags: bcci, board of cricket control in india (bcci)