Pakistan’s batting in the series till then had been so dismal that there seemed enough time and more to bowl them out twice. 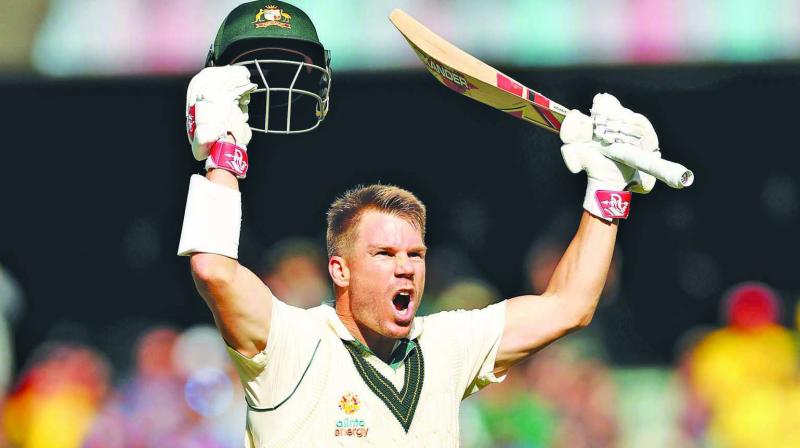 Imagine you are Tim Paine, captain of Australia. Opener David Warner has passed 300 at the Adelaide Oval on the second day of the Test. Brian Lara’s record score of 400 beckons. Pakistan’s bowling is wilting. There’s enough time remaining in the match. What would you do?

I encapsulated these thoughts in a tweet, asking my followers their opinion just after Warner got his triple century: Should Paine declare since Australia already had a mammoth score, or should Warner be allowed to get past Lara? Or give him fixed time to get the record or not?

Only 17 per cent of respondents suggested Paine should declare forthwith. Those in favour of Warner being allowed the opportunity to break Lara’s record was an overwhelming 76 per cent, the remaining 7 per cent saying he should be allowed to get this within a time limit.

As it transpired, Paine declared with the score 589-3 and Warner unbeaten 335. Given Warner’s strike rate (80.14), he wouldn’t have needed much time to breach Lara’s record, established more than 15 years ago at St John’s ground Antigua against England.

Almost three and a half days still remained in the match when Paine called Warner and Wade back to the dressing room. Pakistan’s batting in the series till then had been so dismal that there seemed enough time and more to bowl them out twice.

It is fascinating to try and understand why Paine would have made the decision he did. Imagine the tug-of-war being played out in his mind after Warner had completed his triple century: should he allow a teammate chance for great glory, or put the opponent on the mat as soon as possible?

Remember, Warner was a key batsman who had failed to make 100 runs in the entire Ashes series earlier this year. What a boost it would be for him, what honour for Australian cricket!

So why would Paine declare? The most credible explanation is that this is rooted in Aussie cricket culture where winning is prioritised over all else, and team interest comes way ahead of the individual’s.

This hardy attitude, which is believed makes Australia the most successful team in history, has been the subject of discussion and envy in cricket circles over decades: particularly among players from countries where personal milestones are cherished and provide great rewards. Sometimes this comes with dollops of pathos.

In 1994 Mark Taylor, then captaining Australia, declared when he was 334 playing against Pakistan at Peshawar. Brian Lara had only months earlier broken Sobers’s record, and on a featherbed pitch, this was within Taylor’s grasp.

Instead, Taylor called off his innings, saying he couldn’t imagine getting ahead of Sir Don Bradman 334, which was the highest score by an Australian till then. Similarly, Michael Clarke declared the innings against India at Sydney in 2012 when he was on 329.

Clarke could have aimed for Lara’s record of 400 which had been established by then but, like Taylor, chose to remain behind Bradman’s 334. This showed the reverence in which Bradman is still held in Australia in the cricketing fraternity.

However, there has been the exception too. In 2003 at Perth, against a hapless Zimbabwe side, opener Mathew Hayden didn’t stop at Bradman’s milestone, plundering 380 runs and going past Lara’s then record of 375. But the captain of the Aussie team then was Steve Waugh.

(For the record, Hayden’s record was short-lived, with Lara making 400 a few months later at the same ground, St John’s, where he had scored 375 against the same opponent, England, ten years earlier.)

This suggests there is no clear template in making such decisions. It depends on how the captain sees the relative strengths of the two teams, how he has read the conditions and assessed match situations as they unfold. But perhaps the most important consideration in such a complex decision is how the captain understands the sentiments within his own dressing room, and the implications it could carry.

Paine’s declaration is debatable. But if his dressing room, and particularly Warner, can appreciate his logic, the debate is mitigated and the decision gets vindication.