IPL 2018: Dhoni and co will have a lot to offer, feels Stephen Fleming

Dhoni and Watson are months shy from being 37 while Bravo is in his 35th year. 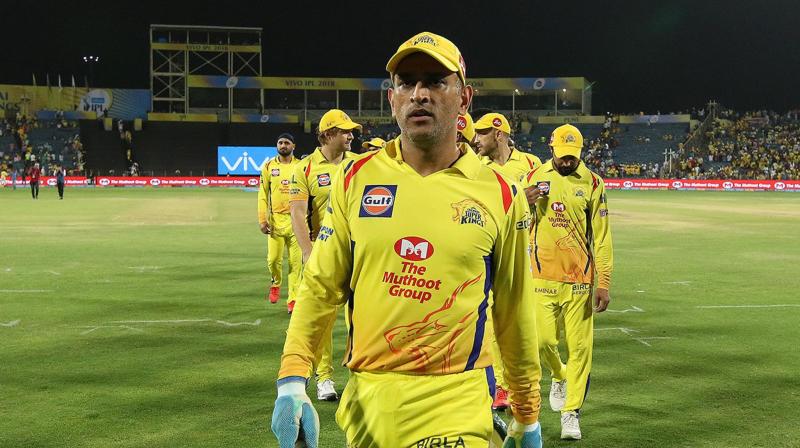 Kolkata: Chennai Super Kings (CSK) head coach Stephen Fleming feels that the trio of MS Dhoni, Shane Watson and Dwayne Bravo will have a lot to offer in the tournament.

Dhoni and Watson are months shy from being 37 while Bravo is in his 35th year. However all three have made major contribution CSK's six wins out of eight.

Dhoni has three half centuries while Watson has a century and a half-ton. Bravo has played a blinder at the start and been mostly economical with the ball.

"Age isn't really a barrier. I still think the big guys are still have a lot to give. The calmness around the group plays a big part. Yes, we have some youngsters around but under pressure experience counts. There's not many games where you don't have pressure," Fleming told reporters on the eve of their return leg fixture against Kolkata Knight Riders here.

CSK have put up 200-plus totals four times this season and Fleming said it would have been a concern if they were not getting one more than what their opponents were getting.

"That's the silver lining. It's keeping us on the edge and making us uncomfortable about each game which is a good thing from a coach's point of view. Most times we have put up fight that matched them. If you lose three four games you are down in the bottom, we know that."

The biggest gain for CSK has been Ambati Rayudu who has done well both as an opener and also at No 4 as he leads the run charts with 370 runs from eight matches.

"It just shows how flexible and how calm he is at the crease. He is having a fantastic season. He has been massive for us," he said.

Young South African pacer Lungi Ngidi made his presence felt in his debut as he returned with a tidy 1/26.

"We have been excited about him for a while. He has a massive presence, conditions like the new Kolkata pitch, it would be exciting to see him have a go (at KKR)."

Wary of KKR's spin attack, Fleming said: "There is not much time to relax as a bowling unit. We just got to combat the spinners. The spinners are the key weapon for KKR, there is no secret around that. (So we have to) find a way through that. At some point, we have to take a risk so just trying find a way to do that (is the key)."

Robin Uthappa is yet to score a half-century in eight matches and Fleming said they're aware of that.