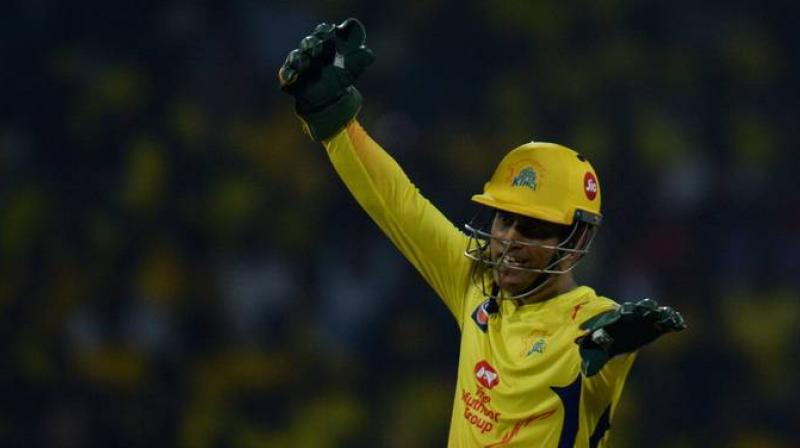 On both occasions, the back feet of both batsmen had barely risen from the ground when Dhoni knocked off the bails. (Photo: AFP)

While Dhoni scored 44 not out from 22 balls in the 80-run victory, it was the two stumpings he pulled off in the same Ravindra Jadeja over to send back Chris Morris and Delhi captain Shreyas Iyer that were as crucial.

On both occasions, the back feet of both batsmen had barely risen from the ground when Dhoni knocked off the bails.

The former India captain attributed his speed to his unconventional technique, marked by a conspicuous lack of hand movement when collecting the ball.

“It’s something that has come from tennis-ball cricket which I’ve played a lot,” Dhoni said. “But you need to do the basics right first and then graduate to the next level. I feel if you want to keep like that, then this is what you practise.

“You may commit a lot of errors so what’s important is you stick to the basics and then get to the advanced course. If you can reduce the time where you can clip the bails off, it always helps.”

Chennai spinners claimed eight of the 10 Delhi wickets in the match with Dhoni involved in three dismissals, including a catch.

Former New Zealand captain Daniel Vettori believes spinners are a greater threat with someone as assured as Dhoni behind the stumps.

“It’s not a traditional way of keeping but it’s the best way,” Vettori, a left-arm spinner himself, told Cricinfo website of Dhoni’s glovework.

“He’s phenomenal behind the stumps.”

Dhoni, who walked away with the man-of-the-match award, is India’s preferred wicketkeeper in this year’s World Cup with Dinesh Karthik as the back-up.

After Dhoni pulled off the miraculous stumpings , cricket legends and experts swung into action to describe Dhoni's super power to stump cricketers in a lightning flash as they took to twitter to praise him.

Dhoni and the stumpings. A spinner's love story.