Sri Lanka is currently ranked at the number nine position in the ICC ODI team rankings. 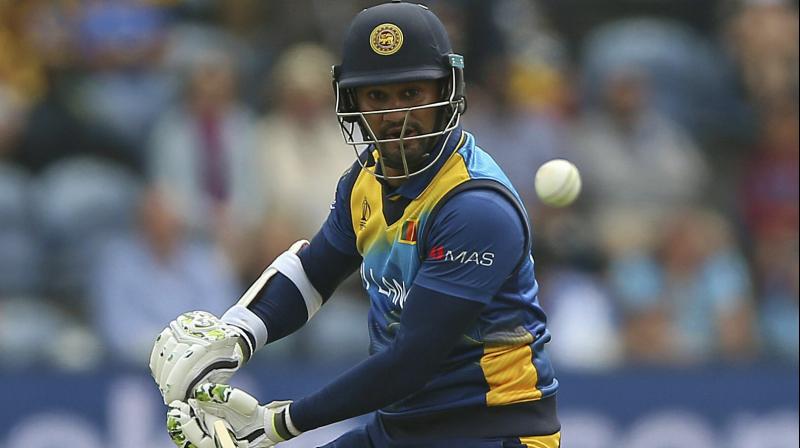 Only Karunaratne showed some resistance with the bat for the Islanders as he remained unbeaten and played a knock of 52 runs off 84 deliveries.(Photo: AP)

"Everyone came here to see a good match. They came from far away, spending their money. We needed to give them a good match. Losing is one thing, but we need to fight for the sake of the spectators. If you only make 130-odd, that's not a match," Karunaratne said at the post-match ceremony.

"If we had fought and made a good fist of this game and then lost, it wouldn't have been so hard to swallow," he added.

Sri Lanka was bundled out for a mere 136 as Lockie Ferguson and Matthew Henry scalped three wickets each for the Kiwis.

New Zealand chased down the target with ten wickets in hand and with more than 200 balls to spare. Both openers Martin Guptill and Colin Munro struck unbeaten fifties to take the BlackCaps over the line.

Only Karunaratne showed some resistance with the bat for the Islanders as he remained unbeaten and played a knock of 52 runs off 84 deliveries.

"Because there was a bit of grass on the pitch, we were on the back foot. The NZ attack is very good, but when Kusal Perera and I were batting, there wasn't too much seam and swing. But as soon as we went on the back foot, we couldn't play as well as we know we can," Karunaratne said.

"More than the conditions, the problem is in our mind. There was some quick bowling from them, but it's only with a few overs that they made it very difficult for us. If we had seen out those tough periods, we could have been in a better place," he added.

Sri Lanka is currently ranked at the number nine position in the ICC ODI team rankings and the team has not been in good form coming into the World Cup.

"There's a limit to our capabilities, and if you compare us with some other teams, realistically we are a side with limited talent. But there's no reason why we can't win with what we've got. We really thank the spectators, and their support is really important to us," Karunaratne said.

"We've got eight games left now. We want to come back and fight. If we win one game, we'll build some momentum. The support that we get is vital, because it's just 15 of us in the squad, and 30 of us travelling together with the team. We need that support around us," he added.

Sri Lanka next takes on Afghanistan in their second match of the World Cup on June 4.