Karthik, who played his first match for India in 2004, made his World Cup debut after playing international cricket for 15 years. 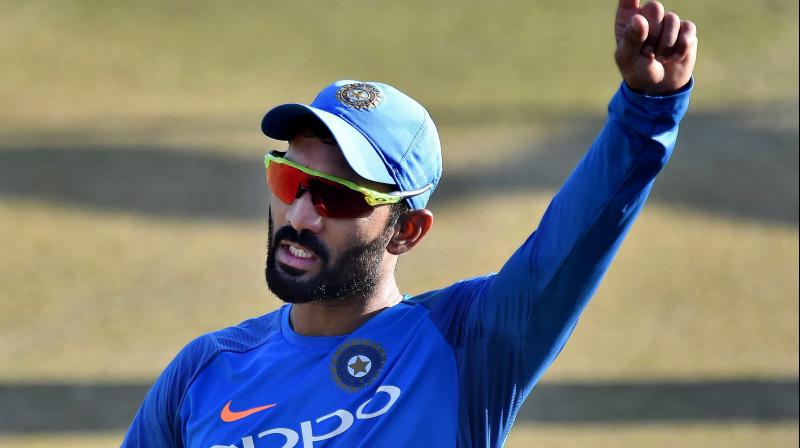 Edgbaston: In the ongoing match between India and Bangladesh at Edgbaston in the ICC Men's Cricket World Cup, Dinesh Karthik was included in the team's lineup in place of Kedhar Jadhav and as a result, Karthik has made World Cup debut for India.

Karthik, who played his first match for India in 2004, made his World Cup debut after playing international cricket for 15 years.

The 34-year-old was part of Men in Blue's World Cup squad in 2007, but he did not get a chance to play in the starting XI.

Jadhav came under severe criticism for his baffling batting approach in the team's match against England. While chasing 338, India were in a good position when Jadhav and Dhoni came at the crease.

But the duo did not look for boundaries and they looked content with just singles and doubles. The team were handed their first defeat in the World Cup by England by 31 runs and many people blamed these two players for their approach.

In the match between India and Bangladesh, the former won the toss and chose to bat.

India made another change in their playing XI as they brought in Bhuvneshwar Kumar in place of Kuldeep Yadav.

The Men in Blue are currently placed at the second position in the tournament standings with 11 points from seven matches. If they go on to beat Bangladesh, the team will progress to the knock-out stage.