To achieve success, you have to use the stairs and not the elevator, says Suresh Raina. 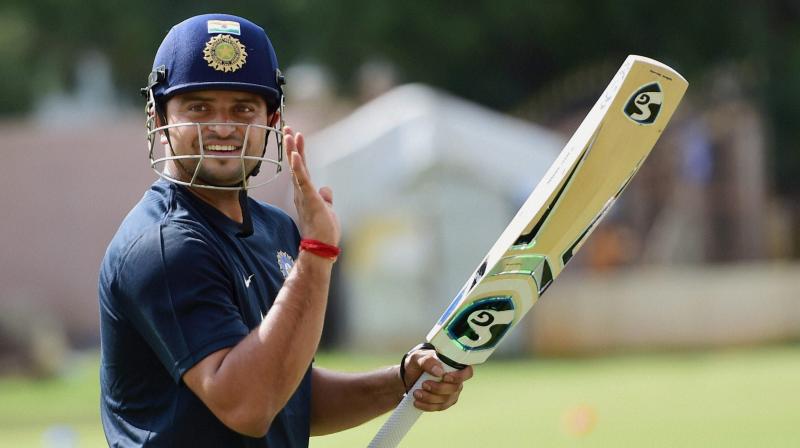 Chennai: Following in the footsteps of Cheteshwar Pujara and R. Ashwin, middle-order batsman Suresh Raina could be the next big name from India to jump on the county bandwagon.

The Uttar Pradesh cricketer said he had been in touch with a few county sides. “I have done quite a bit of homework on this. I have been talking to a few managers. You will get to know soon. India are set to play in England after IPL in 2018. So it will be valuable,” said Raina who is here to play the Buchi Babu all-India tournament for his state.

Raina hasn't played an ODI since October 2015. His last match in India colours was in a T20 international against England earlier this year. Reports attributed the 30-year-old's omission from the squad that is currently touring Sri Lanka to a failed fitness test at the National Cricket Academy.

“Now, they have named me captain of a Duleep Trophy side. So BCCI will tell you better on this (reports of fitness test failure),” added Raina who will lead India Blue in the day/night tournament played with the pink ball.

Raina said he wasn't disappointed at missing out at the Lanka tour. “To achieve success, you have to use the stairs and not the elevator. I'm working really hard and enjoying the process. If I feel disappointed, it will give me more disappointment. If I consider it as a challenge, then it gives me satisfaction. My job is to enjoy training sessions and games. Whenever I get the opportunity, I have to grab it with both hands,” said Raina.

A key member of the Chennai Super Kings who won two IPL titles, Raina was delighted with the return of the franchisee. “I would love to don CSK colours again. I have had great memories playing here. I will always cherish them,” he said.

He also backed his former captain M.S. Dhoni to play till the 2019 World Cup. “He is batting well and looking solid. Dhoni has done a lot for the Indian team in the last 10-12 years. With Dhoni passing on his experience to Virat Kohli, India can dominate any side,” Raina added.