Nehra's comeback may have surprised a few but the kind of faith and respect he enjoys in the Indian dressing room is second to none. 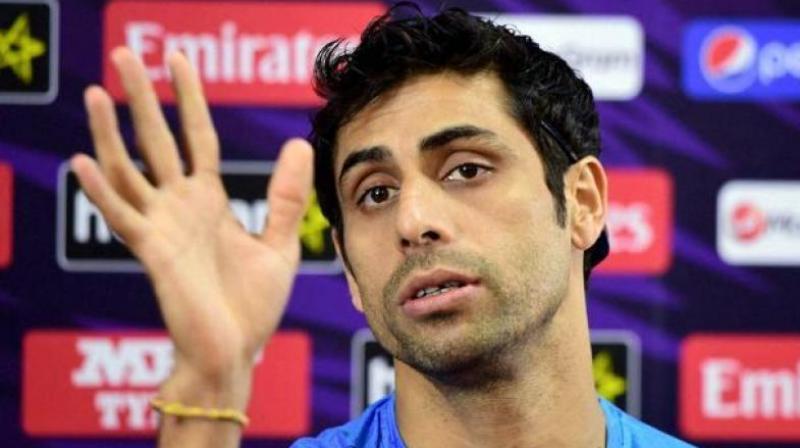 Nehra has so far played 25 T20 Internationals taking 34 wickets in them. (Photo: PTI)

New Delhi: The BCCI selection committee has announced its 15-member squad for the 3-match T20 series against Australia on Thursday. The most surprise selection was of veteran pacer Ashish Nehra while star spin duo Ravichandran Ashwin and Ravindra Jadeja were once again snubbed.

The selectors decided to drop Ajinkya Rahane, who struck four back-to-back half centuries, in the just concluded ODI series as his game is not considered to be suitable for the shortest format. Shikhar Dhawan made a comeback to the side after missing out on the ODI series due to his wife's health issues.

Test specialists Umesh Yadav and Mohammed Shami have also been dropped from the T20 squad. Seasoned Dinesh Karthik pipped young Rishabh Pant, primarily due to his current form as well as wealth of experience. Pant is expected to play for India A in the five match List A series against the New Zealand A.

The 38-year-old Nehra's comeback may have surprised a few but the kind of faith and respect he enjoys in the Indian dressing room is second to none. He has so far played 25 T20 Internationals taking 34 wickets in them.

"Ashish Nehra played the last full T20 series against England earlier this year. He was in contention to play Champions Trophy but an injury during IPL put paid to his hopes. India's last two T20s were one off games against West Indies and Sri Lanka, so Ashish wasn't picked," a BCCI official privy to selection matters told PTI on conditions of anonymity.

"Ashish if fit was due for a comeback as and when there would have been a three match T20 series. There isn't anyone craftier than Ashish and when it comes to his selection, it's about fitness and not form. Check records, Ashish has never been dropped because of poor form," the official added. The other significant development is Ashwin and Jadeja being ignored once again.

With Yuzvendra Chahal, Kuldeep Yadav and Axar Patel giving a good account of themselves, it was going to be very difficult for Ashwin and Jadeja to make a comeback. Ashwin has had a decent County outing for Worcestershire. In four matches, he took 29 wickets and also scored more than 200 runs with 82 being his highest score.

The decision is an indication that the burly Tamil Nadu tweaker is slowly falling off the radar as far as limited overs cricket is concerned.