"We are always banking on him,” Zaheer said in a flash interview posted on MI twitter handle. 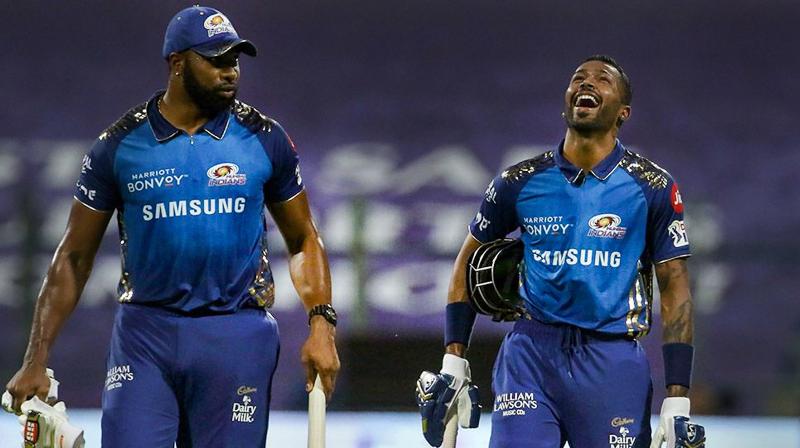 Abu Dhabi: Kieron Pollard’s blazing form at the onset of the Indian Premier League is a “great sign” for the Mumbai Indians as it has been the case over the years, says bowling mentor Zaheer Khan. In his element in the last two games, Pollard smashed an unbeaten 60 off 24 balls against RCB before producing an unbeaten 47 off 20 balls against KXIP.

“It is great to have the big man in such form since tournament in Caribbean (CPL) and he is continuing with that form, which is very important and we are always banking on him,” Zaheer said in a flash interview posted on MI twitter handle.

“Pollard, when he comes to the party early, it’s always a great sign for us,” Zaheer added. The former India pace spearhead is happy how the team has shaped up in the four games so far, winning two convincingly and losing one to RCB in Super Over and other against CSK in the final over of the match.

“All in all, we are very happy as how things are shaping up for us and we would be continuing with the process going ahead in the tournament. We have been playing good cricket. Our preparations have been fantastic and we have been motivating our troops in that regard,” Zaheer said.

What has impressed him most is how the players irrespective of their stature have absorbed the pressure in various situations. “Everyone has absorbed pressure very well — be it bowling or batting. Rohit (Sharma) and Ishan (Kishan) took their time, conditions were not easy (yesterday),” he said referring to skipper and Jharkhand dasher’s 62-run stand.

He also praised the extensive homework done by MI fast bowling coach Shane Bond, who had laid elaborate plans for the bowlers to execute. “Shane Bond works very hard so that all the bowlers are updated with the plans, good to have the experienced pace battery (Trent Boult and Jasprit Bumrah) we have.” Left-arm spinner Krunal Pandya and leg spinner Rahul Chahar’s superb bowling in the middle overs also received special mention. The duo between them bowled eight overs for only 53 runs taking three wickets — KL Rahul, Karun Nair and Glenn Maxwell.

“It was important for someone like Rahul Chahar and Krunal to get that confidence and time in the middle.”