During the T20 over the match, Goa lost 7 wickets and gave Rajasthan team target of 175 runs. 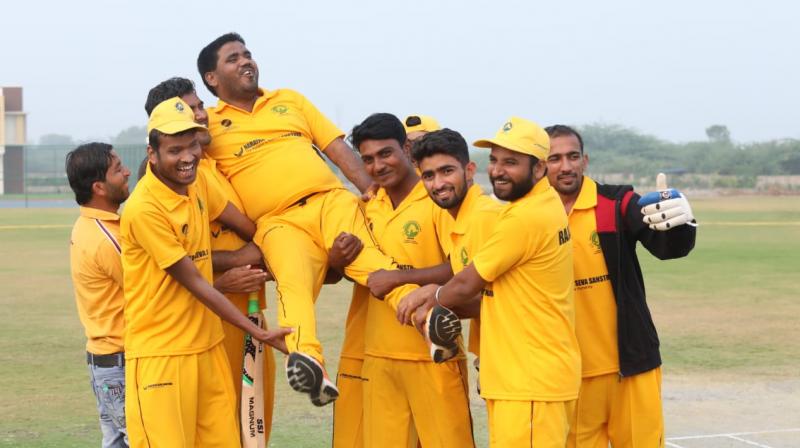 In the second encounter, Kerala chased-off 102 to beat Madhya Pradesh in the same venue. Kerala won the toss and decided to field first.

During the T20 over the match, Goa lost 7 wickets and gave Rajasthan team target of 175 runs. Goa team player, Sandeep scored the highest 64 runs in 54 balls with the help of 4 fours. Another player from Goa team, Rahul Domor scored 49 runs in 40 balls. The other 7 players were run out by the Rajasthan team.

Rajasthan the team lost 6 wickets in 20 over to achieve the given target of 176 runs by Goa team. Man of the match was Irfan from Rajasthan team who scored 46 runs off 28 balls with the help of 3 fours. Now Rajasthan enters in Pool A finals.

In the second encounter, Kerala chased-off 102 to beat Madhya Pradesh in the same venue.  Kerala won the toss and decided to field first.

Man of the match was awarded to Manish, who scored 55 runs.

Prashant Agarwal, President, Narayan Seva Sansthan said, “our initiative is to bring differently-abled to the mainstream of society by providing them different platforms to showcase their talents.  The aim behind this is to boost confidence and repair any feeling of self-doubt.  We believe this can only happen when one gets a chance.  For which, we are organizing fashion shows, different talent shows, sporting events, etc.  I wish these confident individuals grow their competencies and earn the name for them in the future.”

Today- Pool A match will be held between West Bengal and Goa and Pool B Match, Gujarat and Kerala.