The former captain said what players do after bookies approach them is the biggest problem. 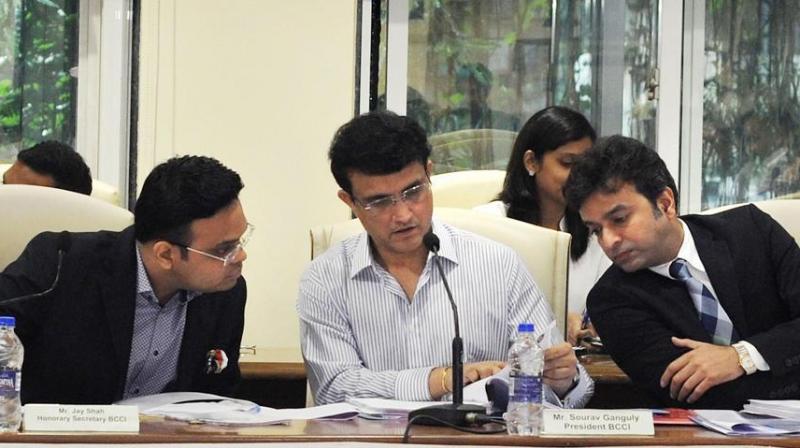 Sourav Ganguly said it is 'very hard for the Board to stop tournaments because somebody is just approached'. (Photo: PTI)

Mumbai: BCCI President Sourav Ganguly on Sunday said that a bookie had approached a player during the ongoing Syed Mushtaq Ali T20 tournament, which had been reported to the Board’s Anti-Corruption Unit (ACU).

“Even in the Syed Mushtaq, I was told that one of the players was approached but I don’t know the exact name. But there was an approach made and he reported it,” Ganguly said at a press conference after the BCCI’s Annual General Meeting (AGM).

The former captain said what players do after bookies approach them is the biggest problem. “That’s (approach) not the problem, that’s not wrong. What is wrong is what happens after they get approached,” he added. Ganguly made the revelation when asked about the fixing scandals that rocked the Tamil Nadu Premier League and Karnataka Premier League.

In September, the police in Tamil Nadu have stumbled upon clues of match-fixing racket in the Tamil Nadu Premier League. A match-fixing scandal also surfaced in the Karnataka Premier League last month, leading to the arrest of an international bookie and a few players. Some players like India international Abhimanyu Mithun, who is being under investigation in the KPL spot-fixing scandal, are also playing in the Syed Mushtaq Ali tournament.

Ganguly said it is “very hard for the Board to stop tournaments because somebody is just approached” but admitted that “in some of the states it has gone to the next level”. “We have dealt with it (in case of TNPL and KPL). We have spoken to respective states. The KPL is on hold now till all these gets clear.

“Nobody wants this, it doesn’t help anyone. And we will put a system at the two leagues in which betting and fixing happened, KPL is on hold and Chennai (TNPL) has suspended the two franchises. “We have to get the anti-corruption system right, try and put the best anti-corruption, try and make it even stronger and assess it. If it doesn’t work or doesn't stop, we will have to think of something else.”