Sports   Cricket  03 Jan 2018  Virat posts pic with his 'one and only' Anushka
Sports, Cricket

Virat posts pic with his 'one and only' Anushka

Virat Kohli, earlier on Wednesday, took to Facebook to post a photo of him with Anushka spending their time together in South Africa. 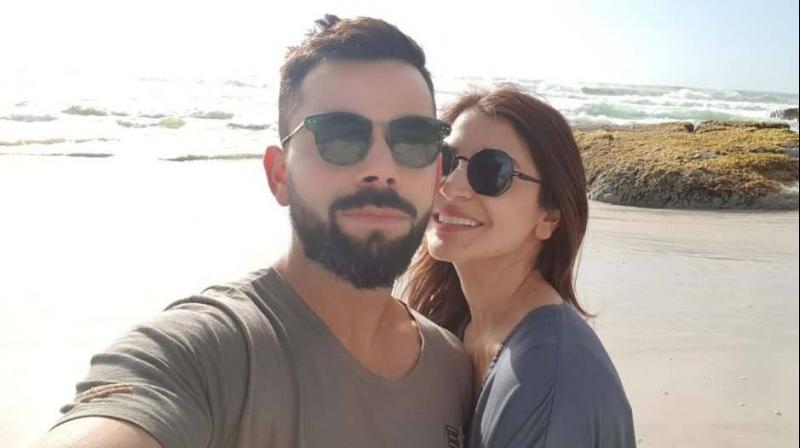 "Cape Town is such a beautiful place anyways, and even more beautiful with my one and only!" wrote Virat Kohli as he posted a photo with Anushka Sharma. (Photo: Facebook / Virat Kohli)

Cape Town: India captain Virat Kohli is making the best use of his time off from cricket, post his marriage with Bollywood actress Anushka Sharma. The duo was seen shopping in Cape Town, as Virat Kohli prepared himself ahead of the first Test against South Africa starting on Friday.

Kohli, earlier on Wednesday, took to Facebook to post a photo of him with Anushka spending their time together in South Africa.

On New Years Day, the 29-year-old Delhi batsman had taken to social media to wish his fans and well-wishers.

Kohli tied the knot with Anushka on December 11. After enjoying their honeymoon in Finland, they hosted receptions in New Delhi and Mumbai recently.

Kohli will lead Team India in a three-match Test series, six ODIs and three T20s in South Africa, as they look to kick off 2018 on a positive note.

After the South Africa tour, India will face a lot of challenging foreign tours, including a series in England and Australia, ahead of the ICC Cricket World Cup next year. The Men in Blue will hope to prepare well for the mega tournament in 2019.