Virender Sehwag was at his funniest best after Amit Mishra's unusual piece of fielding against England in the third T20 in Bengaluru. 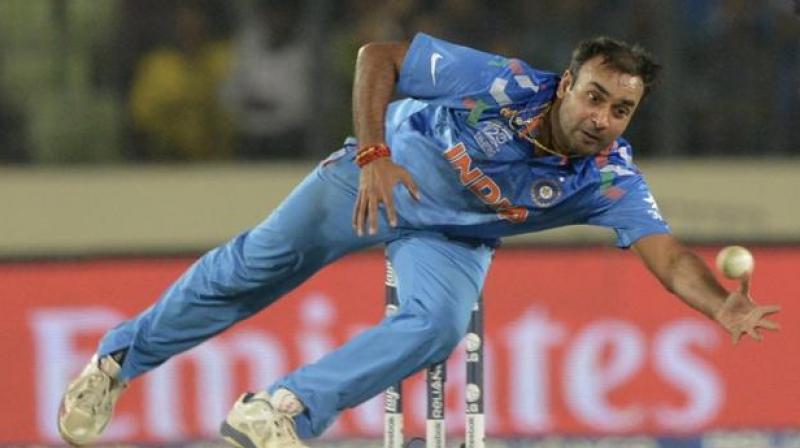 Amit Mishra took one wicket in the third T20 against England in Bengaluru. (Photo: AFP)

Mumbai: Virender Sehwag used to be known for timing the ball in his heydays but comic timing seems to be his forte these days.

His hilarious tweets and exchanges with the likes of Piers Morgan have been entertaining people for a while now and Viru was at his best again while commenting on an unorthodox piece of fielding by Amit Mishra in the third T20 against England at Bengaluru.

Trying to prevent the ball from the reaching the boundary, Mishra took a tumble but somehow managed to touch the ball without actually touching it inviting stick from Sehwag.

Former wicket-keeper Saba Kareem felt Sehwag was being a bit harsh but the former Indian responded by saying that had Mishra been a chess player, he would have thought ahead and not needed to put in so much effort to stop the ball.

India produced a brilliant all-round performance to beat England in the third T20 to clinch the series 2-1 having lost the opening game.