A true patriot of his country, Miandad says he has no sympathies for players who indulge in fixing and commit treason with their country 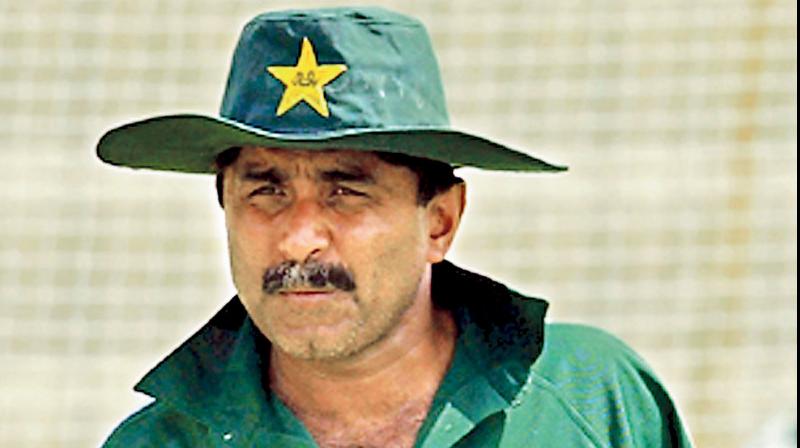 Karachi: Pakistan batting great Javed Miandad has demanded that players who are found guilty of corruption in cricket should be hanged for bringing their country into disrepute.

Speaking on his Youtube channel, the former Pakistan captain said he had no sympathies for players who indulge in fixing of any sort and commit treason with their teams and country.

"Players who are involved in spot-fixing should be severely punished," he said.

"Spot-fixers should be hanged because it is similar to killing someone and so the punishment should also be on the same lines. An example should be set so that no player even thinks about doing something like this.

"These things go against the teachings of our religion (Islam) and should be treated accordingly."

Pakistan's experienced all-rounder Muhammad Hafeez had triggered a debate on whether players found guilty of corruption should be allowed to return to the Pakistan team with many, including former skipper Shahid Afridi, weighing in with his views.

Miandad, a veteran of 124 Tests, insisted that the Pakistan Cricket Board was not doing the right thing by forgiving such people.

"PCB is not doing the right thing by forgiving them. People who bring these players back should be ashamed of themselves," he said.

He also claimed that players who betrayed their teammates and country should not be forgiven on even humanitarian grounds.

"I feel these players who are found guilty are not even sincere to their own families and parents or they would never do this. They are spiritually not clear. These activities are not good at all on humanitarian grounds and such people don't deserve to live," he said.

He lamented that in Pakistan it has become easy for such players to indulge in corrupt practice, make illegal money and then use their sources and influence to get back into the team.

"It is so easy for players to get involved in these corrupt practices, make money and then use their influence and connections to come back into the team."

He advised players to focus on the game and earn by performing on the field through their skills.

Miandad said he strongly felt about this issue because he knew how millions of people prayed for the team to do well and how cricket brought smiles and joy to Pakistanis.

He recalled how the entire nation had treated them after the 1992 World Cup victory.

"Imagine when the trust of these millions is broken should those breaking it be forgiven and allowed to play again?"

Hafeez had questioned the need to allow batsman Sharjeel Khan back in the national team after he completed a ban for spot-fixing in the PSL. He had demanded a life ban for all such players who are found guilty of corruption in the game.

Recently, Umar Akmal was caught in a corruption scandal and he faces a 12-month ban and a heavy fine for not reporting a spot-fixing offer made to him apparently at the start of the Pakistan Super League in February.