CoA to BCCI: Champions Trophy withdrawal not in best interest of Indian cricket

The CoA has also directed the BCCI not to preempt the Special General Meeting (SGM), scheduled on May 7. 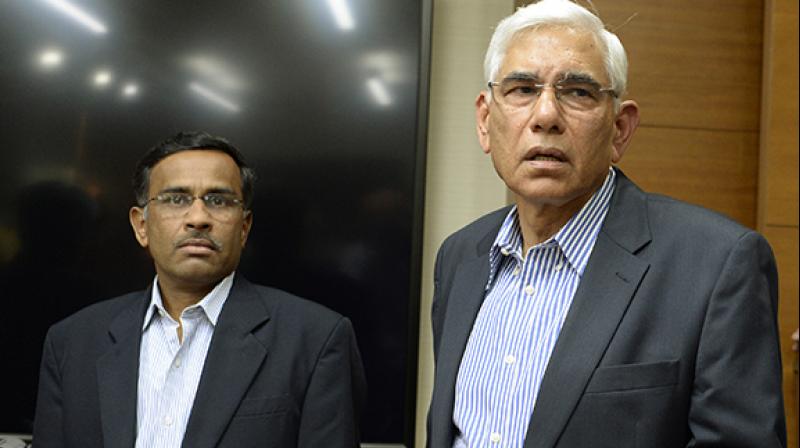 Any drastic step on the part of the BCCI could result in breakdown of negotiations between the country's board and ICC, COA told BCCI. (Photo: AFP)

New Delhi: With speculations going around that the Board of Control for Cricket in India (BCCI) might pull out of Champions Trophy in the act of their defiance against the ICC's revised financial model, the Supreme Court-appointed Committee of Administrators (CoA) has called on the cricket board's office-bearers to refrain from making any drastic decision which is not in the interest of the Indian cricket.

The CoA has insisted that any drastic step on the part of the BCCI could result in breakdown of negotiations between the country's board, ICC and other cricket boards.

"It is not in the interests of Indian cricket for the BCCI to take any drastic step/ measure which may result in breakdown of negotiations between the BCCI, ICC and other cricket boards, especially since there is sufficient time between now and the ICC Conference to be held in June 2017 for a negotiated outcome to be arrived at," the CoA said in its letter to the BCCI.

CoA head Vinod Rai also made it clear to the BCCI officials that they have asked the BCCI CEO to obtain necessary legal opinion from appropriate foreign lawyers in order to ascertain that the rights and remedies, that may be available to BCCI under and in relation to the MPA and otherwise in the event the revised ICC governance structure and revised financial model, are adopted.

"In order to ascertain the rights and remedies that may be available to BCCI under and in relation to the MPA and otherwise in the event the revised ICC governance structure and revised financial model are adopted, the Committee of Administrators had also asked the CEO to obtain necessary legal opinion(s) from appropriate foreign lawyers on the matter. We have been informed that this legal opinion has already been shared with the existing office bearers of the BCCI and we expect that they will appropriately brief you on the same," the CoA said.

The CoA has also directed the BCCI not to preempt the Special General Meeting (SGM), scheduled on May 7.

Earlier, Vinod Rai had revealed that the office bearers of the national cricket board didn't consult him before going for the recent International Cricket Council (ICC) meeting in Dubai.

Rai further revealed that he had called for a CoA meeting following the BCCI Special General Meeting (SGM), but secretary Amitabh Choudhury was the only one to attend the same.

Last week, the ICC abolished the 'Big Three system' and approved a new financial model after its meet in Dubai, under which the BCCI will receive 293 million dollars from 2016 to 2023. Previously, the board was drawing an amount of 570 million dollars due to its ' Big Three' formula.

This might not have gone down well with the Indian board as the new model eats into its share.

However, BCCI rejected this with a counter-offer under which it would still get its 570 million dollars but no other full member's share would be reduced.

With the new revenue model getting the nod, BCCI will now have to do with what they have in the eight-year cycle. The England Cricket Board received 143 million dollars while Zimbabwe Cricket received 94 million dollars.