Sports   Cricket  03 May 2020  Had to flee after being constantly threatened by Umar Akmal, says Zulqarnain
Sports, Cricket

Had to flee after being constantly threatened by Umar Akmal, says Zulqarnain 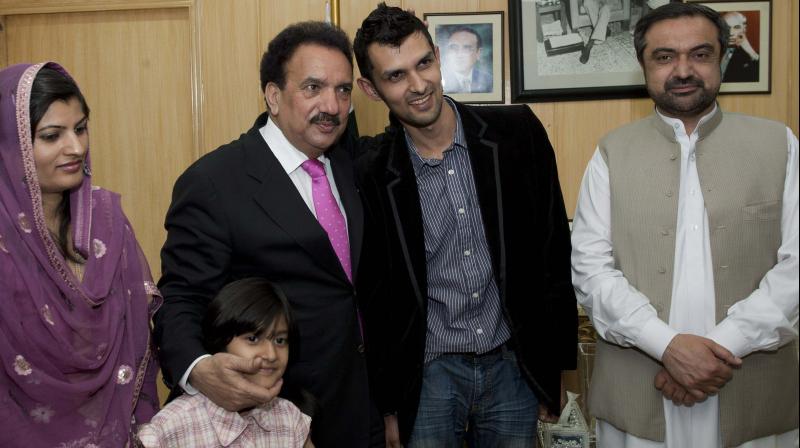 Karachi: Pakistan's former wicket-keeper-batsman Zulqarnain Haider has blamed Umar Akmal for his disappearing act during an ODI series against South Africa in 2010, saying he was threatened by the tainted player for not conniving with him to lose a match.

Zulqarnain claimed that he was forced to leave his team hotel in Dubai and fly out to London under mysterious circumstances after receiving threatening messages from his then teammate Umar and a few others after he refused to under-perform in the third one-day international of the same series.

"I remember telling him to just do his job and carry the drinks. But later he (Umar) and some others directly threatened me and kept on badgering me so much that I came under psychological pressure and fear and flew to London without informing anyone," he said in an interview.

He said the three-year ban on Umar for not revealing spot-fixing approaches is too lenient.

"He has been involved in shady dealings and not only does he deserve a life ban even his property and assets should be seized," Zulqarnain said on Saturday.

Zulqarnain, who is 34 now, had sought asylum in London after leaving the team hotel in Dubai without informing the management.

The wicketkeeper, who scored 88 runs in the only Test he played at Birmingham in 2010 in place of Kamran Akmal, claimed that he had reported the matter of Umar telling him to under-perform to the management.

"But the threats and pressure were too much for me to bear and I left. I was also getting threats from some unknown persons to under perform," he said.

Zulqarnain returned to Lahore in 2011 on the assurances of the then interior minister, Rehman Malik, but he has not been able to resurrect his cricket career.