According to the 29-year-old batsman from Saurashtra, that innings helped him find his feet after a prolonged period of slump in form. 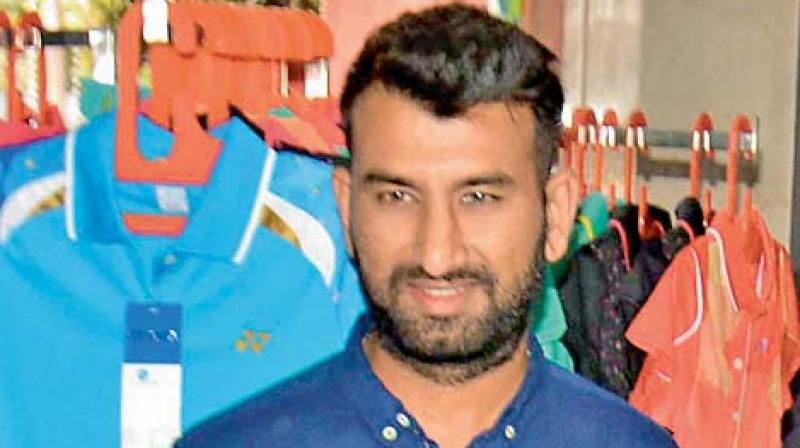 Chennai: It was two years ago in Sri Lanka with his career going up a blind alley that Cheteshwar Pujara got a second wind when he carried his bat to make an unbeaten 145 as a makeshift opener in the third and decisive Test in Colombo.

According to the 29-year-old batsman from Saurashtra, that innings helped him find his feet after a prolonged period of slump in form. With another tour of the island country imminent, the soft-spoken Pujara is confident that India would continue their dominant run away from home.

On his memories of scoring an unbeaten hundred in Colombo in 2015: I was making a comeback then and I can say now that it was a career-defining innings. I was under a lot of pressure going into that match. Although I was going through a lean patch until then, I always thought I belonged to the highest level. I learnt a lot from my failures and worked hard on correcting my flaws. I never lost faith in my ability during that testing phase and more than silencing my critics, I was glad that I proved to my own self that I could perform when the going got tough. I’m looking forward to doing well in Sri Lanka again when we tour in August.

On his county stint: I enjoyed playing for Nottinghamshire. I got to play on challenging wickets that were conducive to seam and swing. Facing up to the fast bowlers is an altogether different experience in England. I also got to spend some time with Stuart Broad, Samit Patel and their coach Peter Moores. They made me feel at home. I would love to go back next season and I hope that some of the other Indian players will get an opportunity to play county cricket.

On the South African tour this year end: We did well there the last time in 2013. We have an experienced team now and almost all the players in the current set-up have had the experience of playing there. We are just coming off a remarkable home season against strong opposition and we lost only one Test match. That confidence will come in handy but for now our focus is on doing the best we can in Sri Lanka.

On the Australian series: It was one of the best series I have been a part of. We fought back tremendously after losing the first Test at Pune and the turnaround started in Bengaluru. We were challenged by Australia and personally I was happy to contribute when my team needed someone to step up.

On seeking inputs from Rahul Dravid: I can’t thank him enough for his guidance and support when I needed it the most. India is fortunate that he is coaching the U-19 and the ‘A’ team. When I lost my place in the team, he told me there was nothing wrong with my technique and that I was just one innings away from turning a corner. He used to come and watch me bat at the nets and offer inputs on how to cope with adversity.