This momentum — allowing for the occasional hiccup — needs to be sustained over a period of time for India to be recognised as a truly great team. 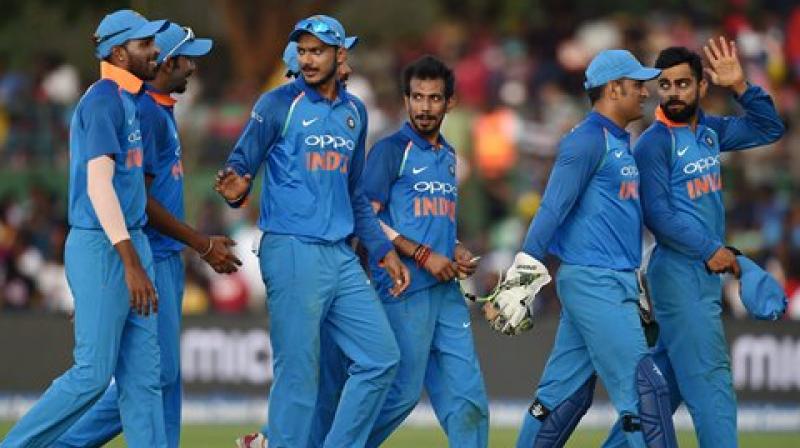 Brilliantly as India have played on this tour, there is some distance to be covered. Remember, the Champions Trophy final was lost just a couple of months back — and quite badly at that. (Photo: PTI)

After the 0-3 whitewash in Tests, it’s been a comprehensive rout in the ODI series too. Sri Lanka have been flogged mercilessly by India, the outcome so predictable that spectator interest has become academic; or infused with anger if you are a Sri Lanka supporter.

The contest in this series has been in stark contrast to what was transpiring elsewhere in the last week as rank underdogs West Indies and Bangladesh pulled off sensational wins to send the cricket world into a tizzy.

I am loath to mix apples and oranges. The West Indies and Bangladesh won Tests, not limited-overs matches. But their impressive showing made up a great deal for the disappointing performance of Sri Lanka even in the longest format just a while back.

Test cricket, otherwise in intensive care, suddenly seemed to have got the kiss of life. If two of the lowest ranked teams could pull off such major upsets surely the five-day format could not be in terminal decline is now the nub of the debate among aficionados.

How the West Indies and Bangladesh progress from here is, of course, crucial. If the recent wins are just a flash in the pan, the enthusiasm and optimism will peter out. For recovery to be meaningful, they have to repeat such performances often enough.

But let’s get back to Sri Lanka and what’s going wrong for them?

There are three main reasons when cricket contests can become terribly lop-sided. One team can be very weak. Or is badly affected by internecine problems which dampen performance. The third brings the other team into the spotlight: it may be just too good.

Despite the score-line — in Tests and ODIs — the Sri Lankans are not a hopeless, rookie side. True they’ve been badly hit by injuries and loss of form of crucial players. But they still possess enough talent to test the best, especially in home conditions.

Of course, the environment hasn’t been exactly conducive for this. There has been a surfeit of controversies, too many changes in captaincy, all of this leading to too much pressure on the players. This has surely affected performance.

But if I have to assign weightage, the third factor is the most significant. India have made Sri Lanka go from bad to worse by sheer relentlessness aggression and high quality performance. This crushed prospects of any resistance by the home team.

There were occasions when Lanka appeared to be on top, notably in the second Test and particularly in the third ODI when India were on the ropes having lost eight wickets with victory many miles away.

That India turned the table on the opponents in both situations (and in different formats) speaks of the depth of resources and strength of will. Individuals and teams tend to slacken when they’ve won a series. India haven’t allowed motivation and effort to drop a whit.

These are sterling qualities that define a champion side. West Indies (1970s and 80s), and Australia (1990-2005) — benchmarks for great teams in modern cricket — brooked no opposition. However, I’ll stymie the temptation to compare the present Indian team with them just yet.

Brilliantly as India have played on this tour, there is some distance to be covered. Remember, the Champions Trophy final was lost just a couple of months back — and quite badly at that.

Also, India’s performances outside the subcontinent — in Tests and ODIs — needs to show a far greater win frequency to make comparisons with great teams of the past worthwhile.

Yet that does not take away anything from what has been achieved on this tour and the promise it holds. The form of players has been terrific, there has been virtually no fitness issue, and there has been no shift in focus from winning.

This momentum — allowing for the occasional hiccup — needs to be sustained over a period of time for India to be recognised as a truly great team.

That is the challenge going ahead for Virat Kohli & Co.