His remarks come as both sides get ready to lock horns in the one-off Test match from September 5 in Chittagong. 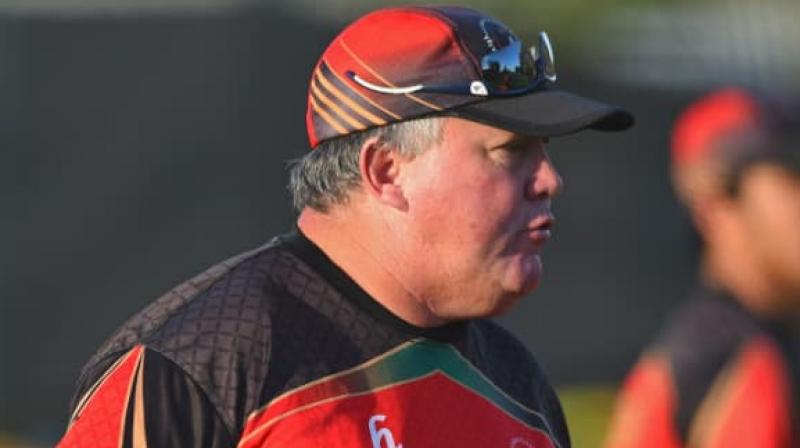 London: Afghanistan's interim head coach Andy Moles on Tuesday said that they are not scared of Bangladesh cricket team, even though they have "massive respect" for them.

His remarks come as both sides get ready to lock horns in the one-off Test match from September 5 in Chittagong.

"We have massive respect for the Bangladesh team, they are a level above us, but we are not scared of them. We respect them. They have played some wonderful cricket at home for a long time. We are very much the underdogs," ESPN Cricinfo quoted Moles as saying.

"Top sides have found it hard playing in Bangladesh. We are under no illusion that this is going to be a tough examination of our skills. If we could show application and concentration, we are capable of doing something special over the next five days," he added.

Moles, who is also Afghanistan's chief selector, praised Bangladesh's spin bowling attack. He, however, added that Afghanistan also has good bowlers and they will provide a challenge to the hosts.

"I am not surprised with Bangladesh's spin attack. I have seen the side they have picked in the last few games. It is called home advantage. I'd be surprised if they didn't come with a strong spin attack. We also have a reasonable spin attack," Moles said.

Bangladesh coach Russell Domingo also agreed that Afghanistan has a respectable spin attack, but he said that his team is familiar with Rashid Khan and Mohammad Nabi, so it would reduce the surprise factor.

"Afghanistan are starting their Test journey, so they will be desperate to get a win. They will feel the conditions might help them while it might be tougher for them in Australia, South Africa or England. They will be confident of springing us a surprise in the next couple of days," Domingo said.

"Quite a lot of our players have played against their spinners in the BPL. They have some match-winners in Nabi and Rashid Khan. They are fantastic bowlers. We have to make sure we respect them while also looking to score some runs against them," he added.