The in-form batsman suffers a rare failure but Mumbai lands its sixth win in Vijay Hazare Trophy to qualify for quarter-final. 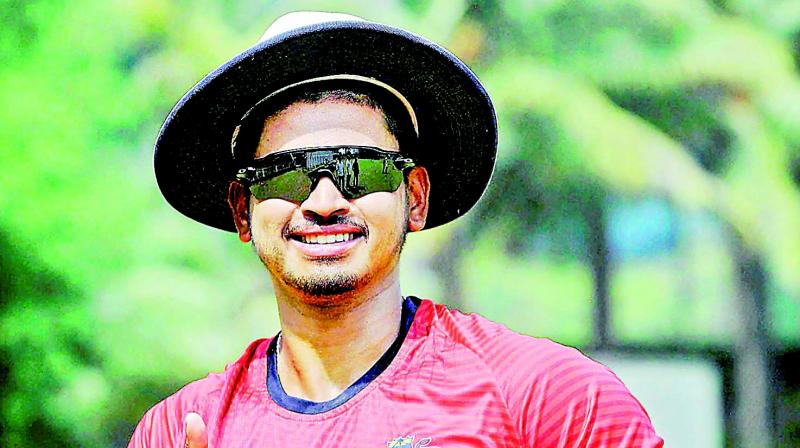 Shreyas Iyer made captaincy debut for Mumbai in comprehensive seven-wicket win over Goa in the Vijay Hazare Trophy in Bengaluru on Tuesday. Iyer captained Indian Premier League franchise Delhi Daredevils previously after Gautam Gambhir stepped down midway through the IPL-11.

Akhil Herwadkar led the chase with unbeaten 108 after Goa were bowled out for 186. Dhawal Kulkarni was the pick of the bowlers with 3/32 while Royston Dias, Shams Mulani and Shivam Dube picked two wickets apiece.

Openers Jay Bista and Herwadkar gave Mumbai yet another good start. Suryakumar Yadav who anchored the chase against Himachal Pradesh with unbeaten 123 tried to build on that with Herwadkar. But he could score only 14 before Siddesh Lad (26 not out) joined Herwadkar to steer dominant Mumbai home with 14.3 overs still to go. Mumbai top Elite Group A with 26 points after seven matches and are assured of a berth in the quarter-finals.

Iyer returned on Tuesday after missing two games to lead Mumbai, replacing stand in captain Kulkarni. He however couldn’t replicate his initial success with the bat and was dismissed for one after having amassed 310 runs in first three innings of the tournament. He is the third captain to lead Mumbai in this tournament.

Mumbai have adjusted well in the tournament after losing three inform batsmen. Ajinkya Rahane was made skipper at the start of the tournament with Iyer as his deputy. Rahane, Prithvi Shaw and Iyer who lit up the tournament initially with four centuries and four half centuries between them left the team after four games. Mumbai middle-order batsmen hardly got their foothold in the first four matches but they came good when it mattered.

Shaw and Iyer played for Board President’s XI against the touring West Indies in Baroda, in a two-day game from September 28. Iyer returned to lead the side on Tuesday but Shaw and Rahane are part of the Indian Test squad. Shardul Thakur who played one game against Punjab after returning from England tour has returned to join Indian Test squad ahead of the first Test in Rajkot beginning on October 4. Mumbai will have to do well with same set of players in the knockouts if they want to win title after a decade.

“Everybody has taken up the responsibility well, be it the batsmen or bowlers. It has been a good tournament for us,” said Mumbai coach Vinayak Samant.

“Iyer led well today and was proactive in the field but unfortunately he was declared out. I am sure we will continue to do well in the knockouts also with same set of players,” he added.

Senior pace bowler Kulkarni was the stand in captain in the previous two games against Punjab and Himachal Pradesh. Herwadkar and Shubham Ranjane were added to the squad and made straight way into playing XI along with Bista.

Mumbai are unbeaten in the Elite Group A after beating Baroda, Karnataka, Railways, Punjab and Himachal Pradesh before Goa. Their game against Vidarbha was washed out and both sides shared two points each. They will next meet arch rivals Maharashtra on Saturday to complete the league fixtures in the nine-team group.