During the first day of the ongoing Test match against South Africa, Virat Kohli met a die-hard fan of his named Pintu Behra. 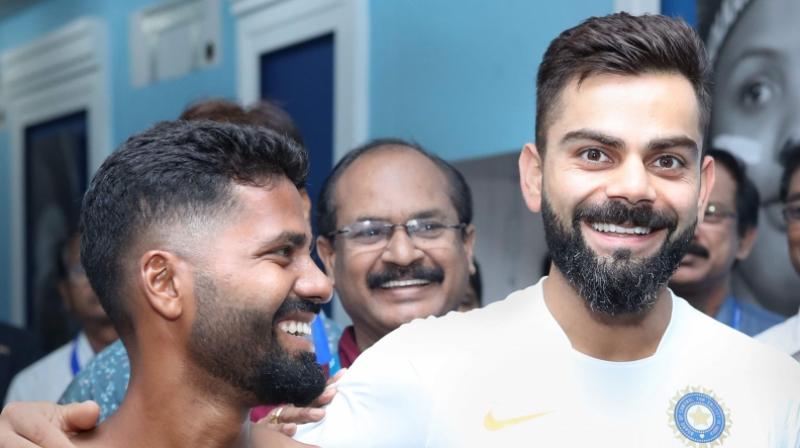 Behra has covered himself with Virat Kohli-related tattoos on his back and on his chest. (Photo: PTI)

Mumbai: Virat Kohli may be ferocious on the field, but he is a gentleman off the field. He has oftentimes proven that he has a heart of gold when he is with the fans. There are many such instances wherein he has gone out of his way to acknowledge his fans.

During the first day of the ongoing Test match against South Africa, Virat Kohli met a die-hard fan of his named Pintu Behra. Behra has covered himself with Virat Kohli-related tattoos on his back and on his chest. 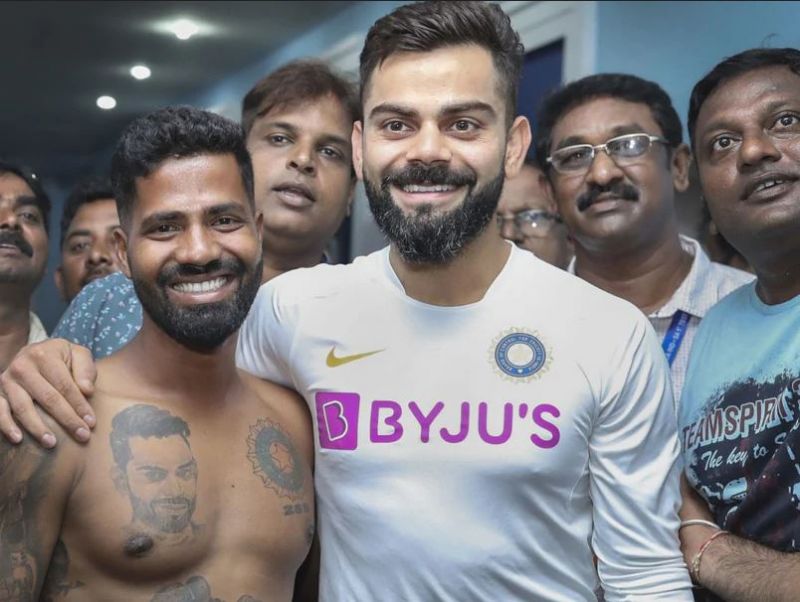 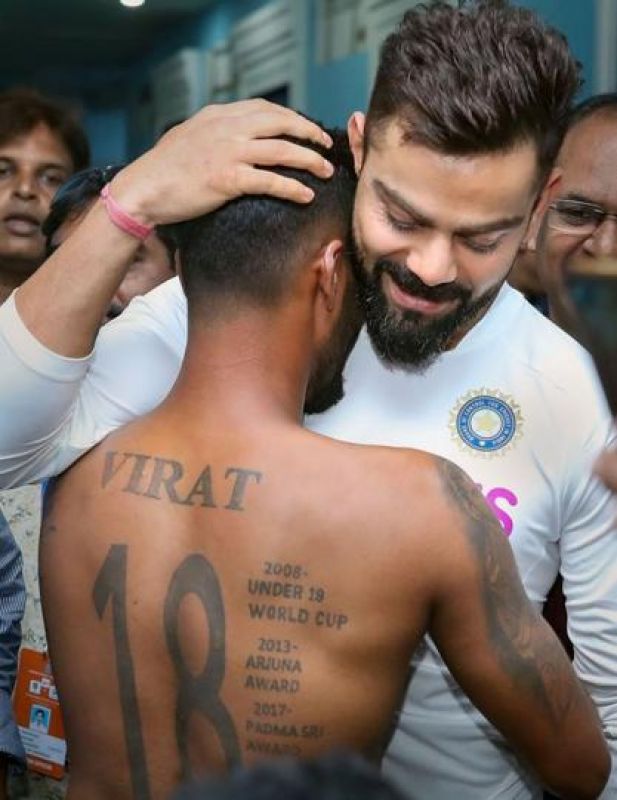 His tattoos include his jersey number (18), his career landmark’s like the 2008 Under-19 World Cup win, 2013 Arjuna Award and the 2017 Padma Shri and also has a tattoo of when Virat Kohli had bowed down to Sachin Tendulkar.

After the end of Day 1 play, Kohli met Behra and embraced him with a hug.

Day 1 had ended in India’s favour, with Rohit Sharma and Mayank Agarwal still on strike and Rohit Sharma having scored his maiden Test century as an opener. Day’s play ended after rain played spoilsport.

Day 2 started with Rohit and Mayank taking off from where they left. Rohit reached 176 and was dismissed by Keshav Maharaj. Cheteshwar Pujara got it but couldn’t make much of a difference as he managed to score just 6 before being bowled by Vernon Philander. Virat Kohli came in after Pujara, but he too departed shortly after having scored 20 runs. Mayank Agarwal and Ajinkya Rahane were on the pitch and Agarwal was playing at 176 while filing the story.