The call to retire was entirely his, setting the record straight on reports that suggested the selectors were involved in the decision making. 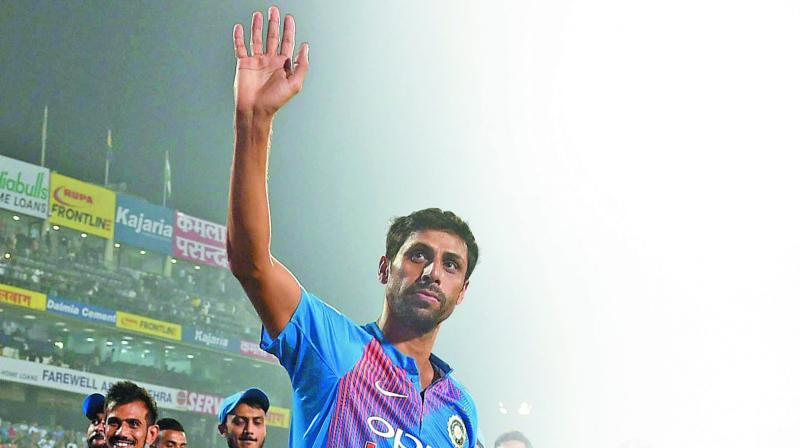 New Delhi: Ashish Nehra hardly spoke during an injury-ridden 19-year-long international career, preferring to let his performances do the talking, but was more forthcoming in his farewell speech on Thursday.

The left-arm quick spoke on a range of topics after featuring in India’s 53-run win over New Zealand in the first of a three-match T20 series here on Wednesday.

“I am very lucky to play my final game in front of my home crowd. This is where I have played my 20 years of cricket. It feels great to retire when you are on top of the game,” Nehra said after the match.

The call to retire was entirely his, setting the record straight on reports that suggested the selectors were involved in the decision making.

“When I started playing cricket, I didn’t take any selector’s permission. When I am leaving, I am not leaving with their permission,” he said, referring to chief selector M.S.K. Prasad’s recent comments that the 38-year-old would not be considered for selection beyond the New Zealand T20 series.

“I heard this. I don’t know. The chairman of selection committee has not spoken to me about this. You have asked me this question, and I can only tell you about my interaction with the team management.

“When I reached Ranchi, I told Virat (Kohli) about my plan, and his first reaction was, ‘Are you sure? You can still play in the IPL. You can play as coach-cum-player.’ I said no. I am retiring completely.”

Injuries may have prevented him from realising his full potential, but Nehra remains convinced that perseverance and hard work are eventually rewarded, pointing out to his comebacks to the national side and ultimately bowing out at his home ground.

“I still remember my first match in 1997 when I bowled my very first over in professional cricket against Haryana from the same end. There is no doubt that it’s emotional but I am happy and satisfied to end his career on a high. This is perhaps one way that god has rewarded me for all the hard work I have put in over the course of my career.”

The left-arm pacer walks into the sunset with 44 wickets in 17 Tests, last played in 2004, 34 scalps from 27 T20s and 157 dismissals in 120 ODIs, a meagre return considering his enormous potential.

“I have no regrets. I am always happy, retired or otherwise. My attitude was, never say never. You should just keep pushing yourself and be ready when your turn comes. I was out for four years (after the 2011 World Cup) but I didn’t go and ask anybody why I was out. I did whatever was in my control.”